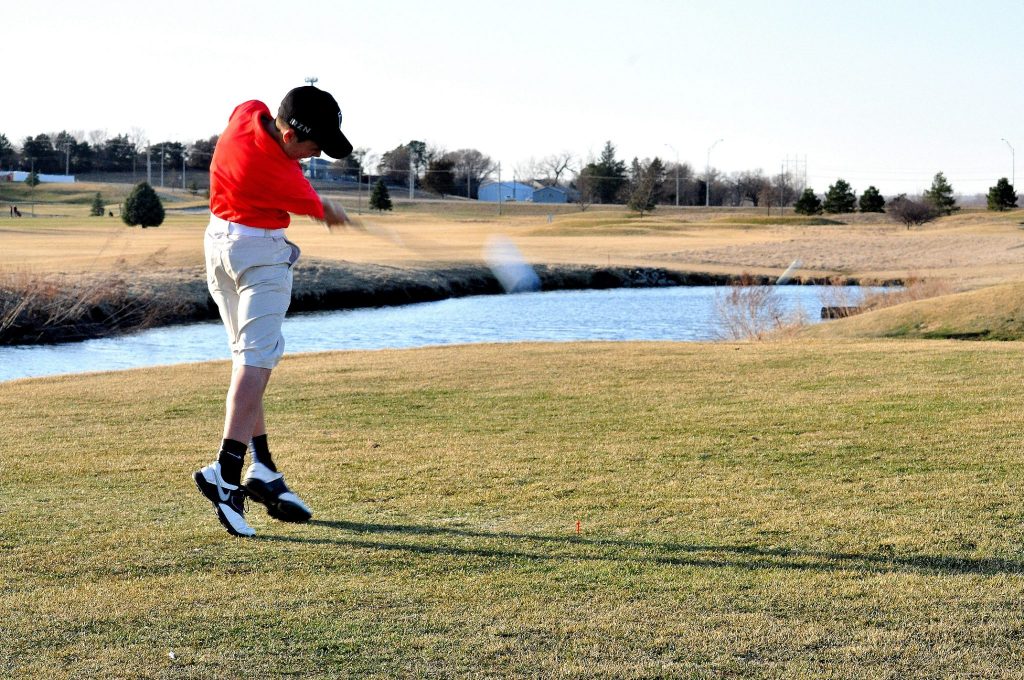 From my experience of working with junior golfers on their mental game over the past 10 years, I can clearly see patterns in the mindset and attitude of a player and how successful they become.

The good news, if you’re a parent or coach of a junior golfer, is that a strong mindset is something that can be developed in the same way that technical skills are – with nurture and discipline. Parents and coaches can help encourage this shaping of their junior’s mindset every step of the way and set them up for future success.

Mindset And The Success Of Junior Golfers

Carol Dweck, a professor at Stanford University, known for her work on mindset psychology, tells us that there are 2 types of mindset which explain how individuals respond to challenges, and therefore, how successful they become. I see examples of these mindsets all the time as a mental coach to junior golfers.

A Fixed Mindset In Junior Golfers

A fixed mindset is where an individual is performing an activity with the perspective that their results define how good they are. They play with a lot of fear of making mistakes and failing. If the result was poor, it was a poor performance. That golfer will typically want to ignore a bad round or tournament and quickly move on. This mindset can also be thought of as an “ego” mindset. Such a mindset is developed when a junior is repeatedly told they are “very talented” and praised for their results instead of their effort.

A Growth Mindset In Junior Golfers

At the other end of the spectrum is the growth mindset. Players with a growth mindset focus more on what is being learned and experienced through a round, not just the end result. Such players are more immersed in the process of what they are doing, because they are less in fear of making mistakes. They enjoy challenges more than those with a fixed mindset, because they know it’s how you grow and develop as a player. Contrarily, those with a fixed mindset are more likely to shy away from a challenge through fear of failing. Jordan Spieth would be an example of a player with a growth mindset. His coach Cameron McCormick once said that his mindset was one of the first things he noticed about Jordan – the harder the challenge he gave him, the more he wanted to complete it.

Players with a growth mindset have had it instilled into them that their talents are not fixed but unlimited, and that with hard work and accepting that failure is part of the process, they will “grow” with every round regardless of the result.

Junior: “That was a terrible round! I’ll never be able to do play well in tournaments!”

Parent or Coach: “Let’s focus on what you did well… (ask them what they were and praise certain things in their performance that had nothing to do with the result) Getting better is all about having the courage to take on challenges and learn from mistakes and failures. The best players in the world had many rounds like that on their journey to the top. What separates them is that they didn’t give up because they didn’t score well. The rounds you learn from the most are those when you don’t play well – they tell you what you need to work on to get better. That tournament doesn’t define you as a player, let’s get together with your coach and figure out how you can learn from it to build your skills for the next one.”

Instill into your junior that that failure helps them become stronger and they should never be afraid of it. Bad results don’t mean they are bad players – it’s part of the journey that all the world’s best have had to take.

Praise the process and attitude not the result

Another thing to work on with your junior, is the measure of success of a round. Obviously we can’t completely undermine score, but we can work towards a junior player becoming more focused on the process (and present moment) and not the end result (the future) by rewarding it at the end of the round. If they can do this gradually over time, it will help free them up (lower performance anxiety) to access their very best skills more often in tournaments. Mental coaching for the junior golfer will help them achieve this.

I have my junior golfers keep a “mental game scorecard” and do a post round review which focuses on process, attitude, acceptance, body language, self-talk etc. When I speak with them, these aspects are more important to me than their score. We discuss what it was they learned from the round and how they would use it to perform better next time. With a specific plan, they can put it into action straight away!

Let’s start cultivating the growth mindset in junior golfers with every round and practice session they have. It will pay dividends for them in the future!

Would you like a free consultation to find out how I can help your junior player?