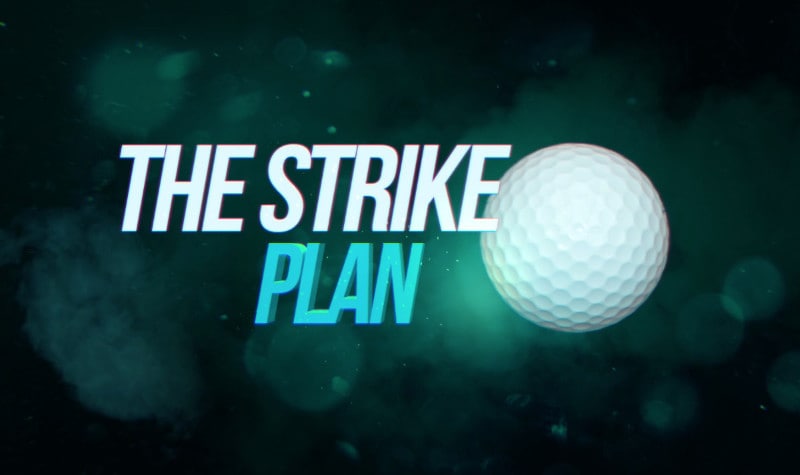 What is a quality strike?

There are two main factors to master when it comes to pro quality strikes.

In fact, strike quality is one of the few common denominators amongst all golf professionals on tour. While they all swing the club differently, they all strike the ball in a remarkably similar fashion.

Getting better at these two elements of strike is a product of improved technique and improved coordination.

This is a more modern term for how much energy is imparted into the golf ball during impact.

For example, with a driver, if the clubhead is swung at 100mph and the resulting ball speed is 150mph, you are said to have a 1.5 smash factor (the ball has come off 1.5 times the speed of the clubhead). This number is actually the maximum allowed before a golf club becomes illegal.

However, due to poor strikes on the face, the average amateur (according to my studies using launch monitors) gets a smash factor of only 1.35. This means they are losing a massive amount of distance on average, simply due to the strike being less precise.

Striking the sweet spot is vital for energy transference

This is true with irons also. While modern clubs have become more forgiving, you are still losing yardage by not getting close enough to the sweet spot more often.

One of the number one requests on my lesson tee is to be more consistent with the driver.

During an off-center hit, the clubhead goes through an incredible amount of twisting – you feel this as vibration.

Due to the large heads of modern clubs, any off-center hits can create something called ‘gear effect’ where the club and ball act like two cogs during this twisting – and the ball goes spinning wildly out of control.

This can create wild hooks or slices.

Many amateurs will then try to change something in their swing (such as their grip) in order to fix the wrong issue.

For that reason, improving your understanding/awareness and skill of striking is vital to not only maximize your distance, but your directional consistency too.

Professionals pride themselves on controlling their yardages with their clubs. Ask a top touring pro how far they hit their 7 iron, and they will quote a distance to the nearest yard.

In fact, hitting your clubs the same yardage each time takes some serious pressure off your accuracy – a shot which is pin-high will almost always be close.

Improved distance control will increase your chance of hitting more greens in regulation – statistics have shown (GameGolf) that 94% of amateur shots are short of the flag (many of these being short of the green) due to poor strike quality.

And greens in regulation have a direct correlation with your scores.

This is the holy grail of golf, and the thing that every amateur desires.

But the fact is, most amateurs are consistent. I regularly see a struggling golfer who is striking the ground 3 inches behind the ball with incredible repetition. And someone who suffers with the occasional shank is often consistently hitting the heel side of their irons.

A player suffering with shanks will often have this type of pattern, where the red strikes produce ok results, but the blue strikes are disasters.

So, if you want true consistency, you have to do these skills not just more repetitively, but better.

How do we get better?

In order to strike the ground effectively (with an iron), we must have the lowest point of our swing circle in front of the golf ball, as shown.

This will enable us to create a ball-first strike.

We also have to control where the club swings in space laterally. For example, if the clubhead is located too much in the blue zone at impact, we will hit more heel biased shots. Too much in the red zone at impact and we will suffer with toe biased strikes.

If you look at the top professionals, they all seem to swing the club very differently. However, if you look close enough, you can see certain patterns in their movements which can create more consistency. For example, the professionals move their hands in a way (up and in) which enables a bigger margin for error.

Many of the things amateurs have been told (left arm straight, head down, hit down on the ball) generate a hand path which is lowers their margin for error – resulting in poor consistency and frustration.

While improved swing technique drastically improves our chances of connecting with the ball effectively, it is not enough. We also require coordination of the smaller moving parts which we can’t see on a video camera.

For this reason, utilizing the latest research in motor learning, there are exercises which can dramatically speed up your rate of learning, such as;

Many of these drills are unorthodox, but have been proven to work in scientific studies and in the field of coaching.

If you want to learn more about these skill exercises, along with the tour-pro movement patterns and techniques used to create incredibly consistent strikes, check out The Strike Plan.

It has 6 modules and over 3 hours of HD content, instructing you in everything you need to know to improve your distance, consistency and strike quality. Click here to learn more. 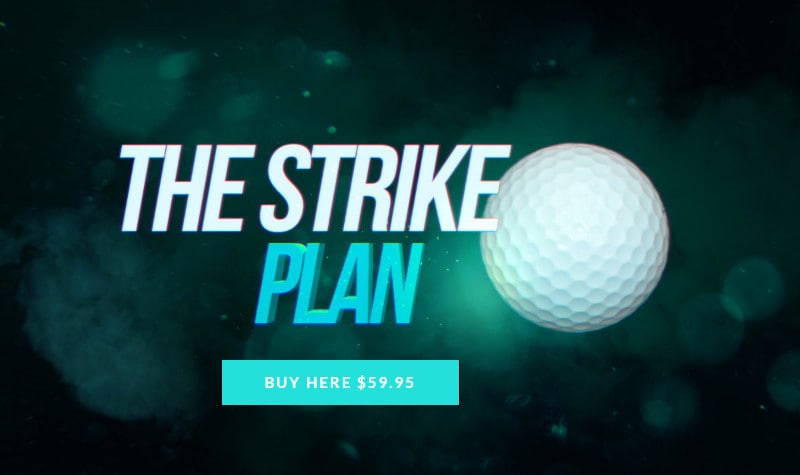