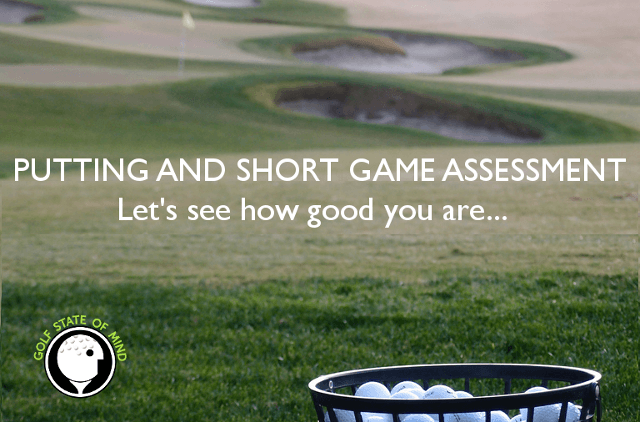 As you’ll know if been following GSOM for any length of time, one of the keys to better performance is to be able to put yourself under pressure during practice and simulate the same feelings you have on the golf course. This will improve your ability to focus on what’s most important during a shot and allow you gain easier access your best skills on the course.

All practice sessions should be finished off with some sort of competitive challenge, depending on what you’re working on.

If one of your short-term goals is to improve your short game and putting, then here’s a couple challenges for you. Record your scores and work to beat that each time you try it. Create consequences!

You’ll notice that more points are rewarded for getting the ball beyond the hole for misses. The reason is that (obviously), you can’t make a putt if you leave it short, no matter how good your line is. Second, to become a great putter, the ball needs to be travelling at the right speed. In his putting studies, Dave Pelz discovered that the optimal ball speed took the ball 18 inches past the hole. Any slower than that, the ball was more likely to be affected by the impressions around the cup (think about where people stand when they get their ball out the cup or tap a lag putt in). The area around the hole is where the most footprints are around the green.

You will need just one ball and an open green.

WANT MORE GAMES LIKE THIS?  CHECK OUT THE GSOM PUTTING SYSTEM: 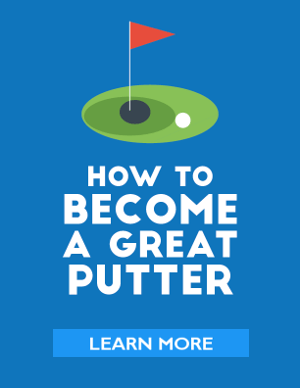 In this book, you’ll learn:

The mental tricks all the great putters use

How to putt well when when the pressures on

Plenty of competitive practice drills to test yourself in practice

The best putting warm-up for confidence

How to improve your putting confidence