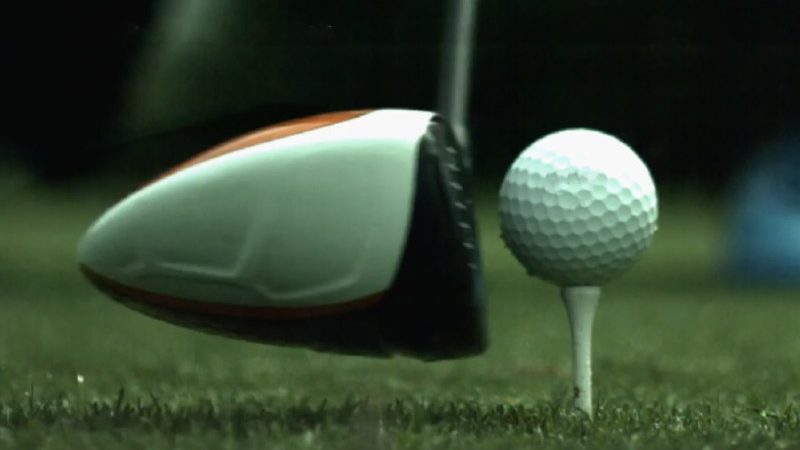 This is a tough article for me to write. Why? Because I know it is going to suffer “straw-man” attacks and will anger a lot of golfers and coaches.

But I’m writing it anyway.

I’m writing it because among all the glitzy, glamorous, alluring ideas out there surrounding golf improvement, this one gets the least amount of attention. It gets shoved to the back of the room and silenced like a naughty child. 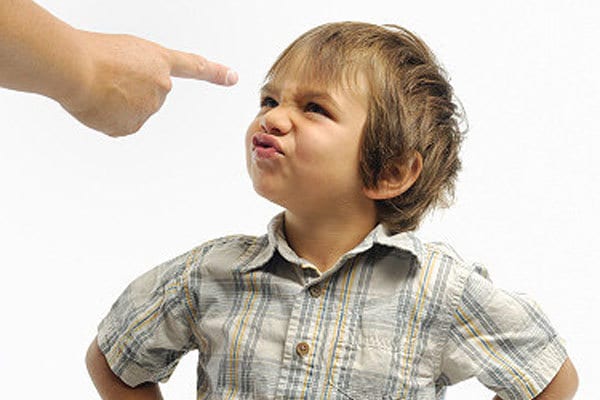 The world may revolve around you, but you shall sit in the corner and no one will talk about you.

I think you get the point.

The golf ball is inanimate.

It doesn’t have eyes or ears. It is completely indifferent to anything but cold, hard physics. 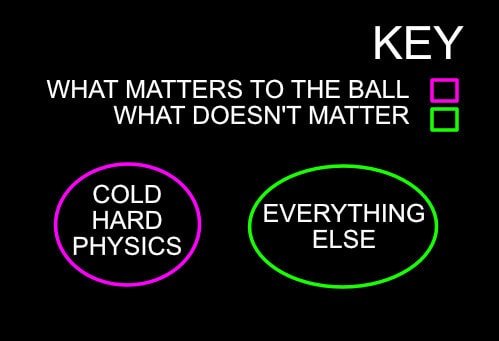 What does this mean for you?

Well, you know that pretty backswing you are working on? The golf ball doesn’t care about it. It couldn’t care less if you were laid off, across the line, or making a Zorro sign at the top of your swing.

It doesn’t give a hoot how you grip it, where you place it in your stance or what your posture looks like.

It doesn’t care about your emotions. Are you nervous because of that group watching you on the first tee? Did you triple the first and now you are mad because you have already blown your round? Are you fired up after birdieing the last hole?

The ball doesn’t care about those things.

No, you didn’t hit a bad shot because you looked up, didn’t get through it (whatever the hell that means) or got “quick” from the top. The golf ball does not give the time of day to those factors.

Your kinematic sequencing, your ground pressure, your weight shift and the clubhead being below the hand path – while they are all nice things, the golf ball doesn’t respond to them.

How tall you are, how much you weigh, whether you are a male or female, how old you are or how strong you are – the golf ball is insouciant.

Did you spend all week preparing and practicing for this round, this shot? Have you put in years of training, or is this the first time you have ever picked up the club? These are all non-factors to the golf ball.

No, Adam hasn’t gone mad (although talking about oneself in the third person does infuriate Adam).

Don’t make the mistake of assuming I am saying those things don’t matter. That is the straw-man argument we talked about at the start.

But I’m not going to sit here and ease up on my argument in order to appease the mob of angry golfers who disagree. 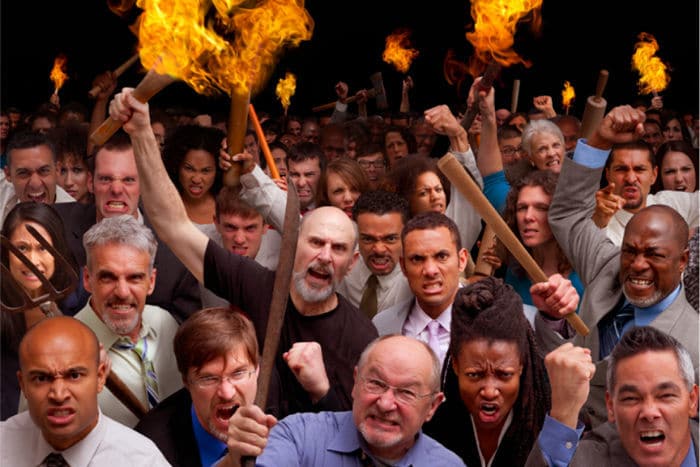 The argument stands as true. This article has a point, and I want that point to shine through – the golf ball doesn’t care about you, your emotions, your backswing, your set up, your physical attributes or how much practice you have put in.

It simply doesn’t give a shit.

WHAT DOES IT CARE ABOUT?

No – I’m not talking about whether your hips are open or closed, whether you have side tilt or not, or whether your weight is on your front or back foot.

It cares about the collision. We call this “the impact interval”.

For a brief moment in time (about 450 microseconds and 0.5-0.75 inches) the clubhead is connected to the ball. The ball squishes against the clubface before separating.

During that time, and that time only, the ball receives all the information it needs to determine where it is going to fly and on what trajectory (not accounting for wind). 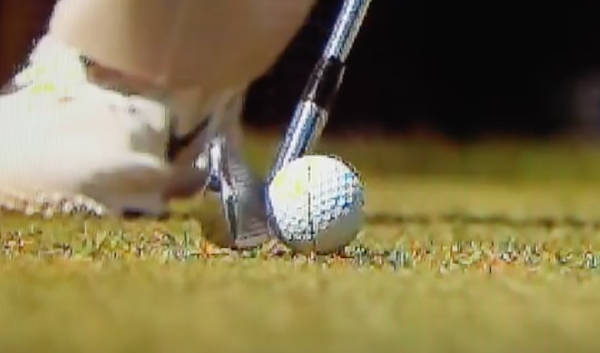 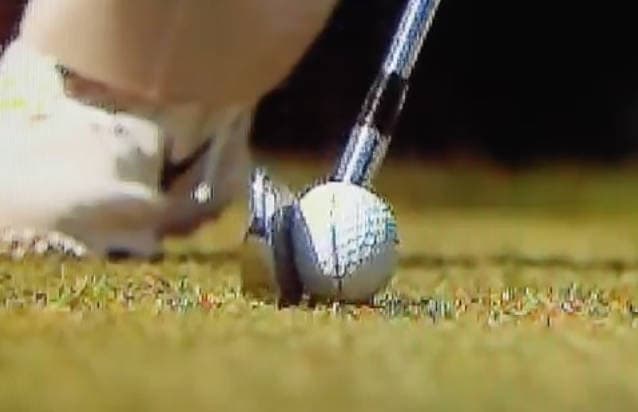 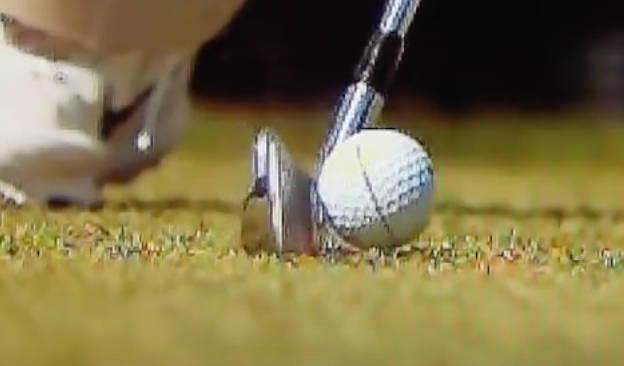 Post impact – ball no longer gives a shit about you, your follow through, your emotional attachment to the shot or whether your mother loved you enough.

This is it – everything to the ball. Everything else is just a dress-rehearsal; a vehicle for the big moment of truth.

Notice how, in the above pictures, the ball doesn’t know that it was Tiger Woods who was hitting it.

The ball responds predominantly to just a few things – some more important than others.

The most important factors to the ball that YOU as a golfer control are:

We call these the main ball-flight laws. 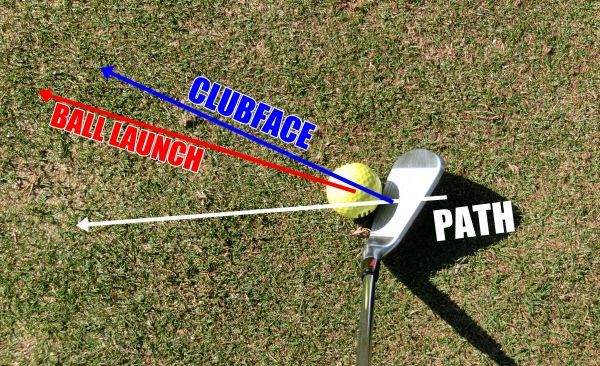 Some things which affect the shot less so, but still in an important way are:

WHAT DO I DO WITH THIS?

I am insistent on this idea.

After every shot you hit, ask yourself – what happened during impact?

The above questions are my “basic must-haves”. In addition to this, I also try to get players to identify;

If you want to hit a 300 yard perfectly straight drive down the centre of the fairway, the answer to how to do this lies in impact. If you’re not doing this, there is something off at impact – as simple as that.

Any time you hit a shot with a directional or distance issue, you will find the answer to WHY in those questions – particularly the first 4.

Now go – go and do everything you can to improve that.

If you can’t link your ball flight to what happened at impact, you are just throwing free-throws blindfolded. 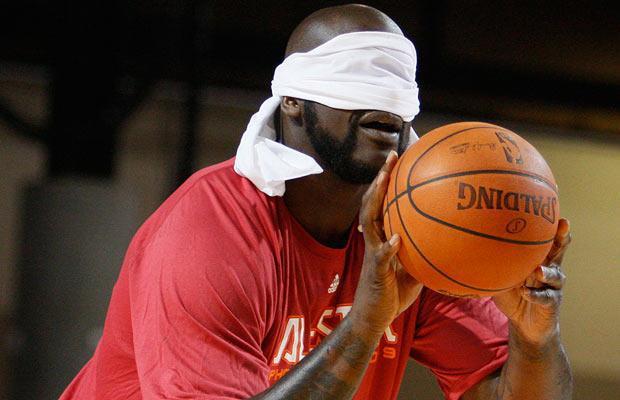 Have you ever worked on your impact directly?

Most golfers haven’t. They work on everything relating to it (backswing, movement pattern) without actually working directly on IT.

Most golfers don’t even know how to work on IT directly.

What exercises have you done/can you do for it? Can you even visualize what you are supposed to be trying to achieve?

If Impact is the most important…. scrap that….. THE ONLY thing the ball responds to (besides wind), wouldn’t it make sense to put a lot of your effort into improving it? This is why I created a whole host of impact based drills and concept visualizations in The Strike Plan.

This plan is designed to lower your scores and improve your game as quickly as possible – while providing long lasting improvements in skill, technique and understanding. It does this by improving the impact interval directly through specific exercises.

Click the Image below to learn more about The Strike Plan.