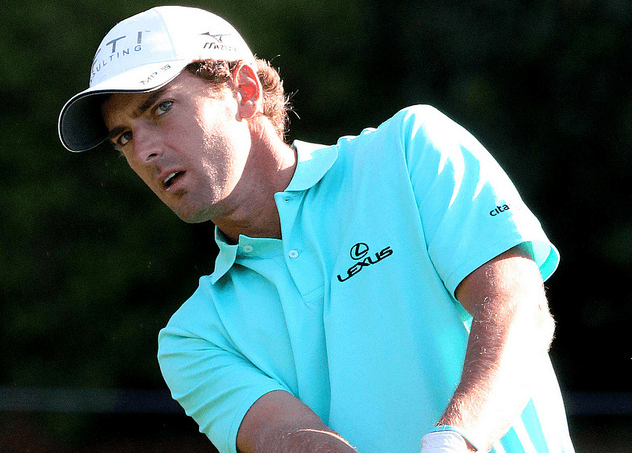 I am a great driving range player. I have my off days but for the most part I look like a pro on the range. In fact, people sometimes come up and compliment me on my swing, asking how I developed it. What I’m thankful for is that they usually don’t follow that up inquiring about my handicap. For, as we well know, playing great on the range does not guarantee playing great on the course. The problem, I think, is physical and mental, perhaps even spiritual, when you consider the nebulous arena of concentration, so that´s why some golf workout programs helped me on this as well. At any rate, all of these factor into preparing to play the game of golf.

We get into a kind of mini-groove on the range. We get comfortable and relaxed. We get confident. The lies are nearly perfect. We are fresh and alert, and only need to reach over and rake another ball to the hitting area. Fatigue is a minor problem, a factor nearer to the end of the bucket. Unless you’re practicing with a buddy, no one is talking to you between shots. Your concentration is solid. You are deep into golf meditation.You have your off days at the range. A personal problem may be distracting you. A physical problem may be the cause, throwing off your concentration. Still, it is easier to establish or regain concentration at the range than on the course.

Concentration is focusing on one thing at a time in such a way that all else is excluded from your attention in any given moment. Playing golf requires it every time a shot is played. In other words, golf does not demand concentration every moment you’re on the course or the range, but does when every shot is played. It is the moment when the experiencer and the experienced meld into one powerful force, and the greater the concentration, the more powerful, and effective, the force.

Transferring skills from range to course

So the way to translate your skill from the driving range to the course involves two things–improving and grooving your skills, and improving your concentration. One without the other won’t do it. For grooving your swing, see a good pro and practice what he or she teaches. I like Hank Haney’s advice to Ray Romano on the Golf Channel series: Just once, Hank told Ray frankly, he’d like to hear Ray repeat some instruction he gave him instead of him tell Hank what he thinks he’s doing wrong. Think of your pro as a swing guru: His word is gospel, and if you don’t believe that of the pro, look for someone else. You do not know everything that’s wrong with your golf swing. You know where the ball goes after you hit it, and could describe that, although your pro has eyes too, very trained eyes. So just listen, and put into effect what your pro is telling you. Imagine yourself ten years old again and just learning the game. You will follow everything your pro tells you.

As for learning concentration, that is more of a challenge, for it is more a matter of eliminating elements from consciousness than adding anything as one would do in the usual classroom or seminar. To the extreme of concentration, the Buddhist meditator slowly peels away the skins of the onion going deeper to the core of his being. Worry not: A golfer doesn’t have to go that deep, but the process is similar. You have to let go of that which has no relevance to the moment at hand. And when I say moment I mean that which is happening before you at that instant in time. It’s easier to do this on the range simply because there are fewer stimuli to let go of. You get into a zone quite similar to a Buddhist meditation session, only instead of sitting on a cushion following your breath, you’re standing in front of a golf ball, following the movements your body makes in striking that ball. If it goes well, you stay on that track. If it goes awry, you make changes, modifications, give mental instructions to your body, change clubs. And you do this until you run out of balls. You even maintain the kind of silence one keeps during Buddhist meditation. So the mind quiets and grows more still. You forget about the D your kid got in math. You forget about the mortgage payment due. You forget about your boss. You forget about the argument you had with your spouse. An hour has passed and, regardless of results, you have been extremely absorbed in one activity. It’s a good feeling, isn’t it? Taking it a few steps further, the Buddhist meditator knows it as absorption.

So the range is a great place to experience and practice concentration. It won’t necessarily be cumulative, but the more your mind gets to know what concentration is, the more comfortable it is with it and willing to return to that pleasant state. I think that’s why golf is so addictive: concentration is an opiate, a really positive opiate.

So the trick then is not only to bring your swing knowledge and experience to the course from the range, but your concentration knowledge and experience. This is the next level of proficiency, and what touring pros mean when they say they’re ready “to take my game to the next level.” And the ability to focus and concentrate is really what separates the pros. They can all shoot 65 on any given day, but then what happens the next day and the next? You have to raise your level of awareness around as many golf moments as possible. You have to isolate those moments on the course that are particularly important to your game. We’re talking about an operational definition of concentration. That would start with assessing your lie, checking your yardage, and choosing a club. That’s when social conversation stops and the concentration process begins. This pre shot routine takes attention and making the right decisions. Pick a wrong club and you set yourself up for failure. Mis-analyze the lie and you’re in trouble before you even swing. Read Jack’s book (or buy his app) Golf My Way, and you’ll find out that even taking the proper grip and grip pressure takes close concentration and attention to details. Concentrate on one element of the pre shot routine at a time, overlooking nothing, until you are over the ball ready to fire away.

Now you are deep into golfing meditation, actually doing much more than playing golf. It is not often that we are absorbed in an interesting activity during any given day. Such a state is good for the body, mind, and spirit. It’s nourishing and refreshing. It reminds us that we are conscious human beings and we can direct that consciousness and intelligence wherever we wish. How often are you reminded of that in your life?

Now this is where the skills training on the range comes into play. A swing thought or two should put you on track to repeat what you practiced. This is why golf never developed a cheering crowd atmosphere like at the 16th at the Phoenix Open every year. The fans, who are usually golfers, know what these guys are going through–from Old Tom Morris to Ricky Fowler, silence is a prerequisite to golf. The swing takes all of 2-3 seconds but within that time you have to be at the height of that concentrative state. One stray or negative thought and the flow is dammed. The chain is broken, the silence interrupted. But keep the concentration intact and you are transported into another realm, another level, of golf consciousness. You are in Golf in the Kingdom, where golf shots are made more in the mind than with the hand. One more thing that may help: Just before you swing, take a standard waggle of the club, but let you body settle into stillness before you trigger the swing. Watch videos of Jack Nicklaus: He’s a master at this. Movement and fluidity, a moment of stillness, then fire away. That still head could be your final swing thought before swinging.

Where the ball goes almost doesn’t matter. You have brought all the essential elements you developed at the range with you to the course, and have executed well. Eventually as more focus goes to the concentration process, you will think less about results while watching your results improve over time. This is true because when you’ve been able to keep not only your head steady but your mind still you will have entered the present moment, unconcerned with past, future, and even the present itself. That is total concentration, and that’s when good things start to happen…when you’re not even hoping for good things to happen. For the best of those good things is the feeling of being in that moment itself. Believe it or not, you may even feel happy after a “bad” shot–happy not for the shot but for the realization of being one of the fortunate few in this world who have the time. privilege, and resources to play golf at all.

So regardless of your level of proficiency, you keep trying. You keep practicing. And you keep taking a bit more from your instruction, a bit more from practice at the range, and a bit more from playing on the course. And keep a half smile on your face, as the Buddhists suggest, as this fascinating journey of golf, and life, continues. 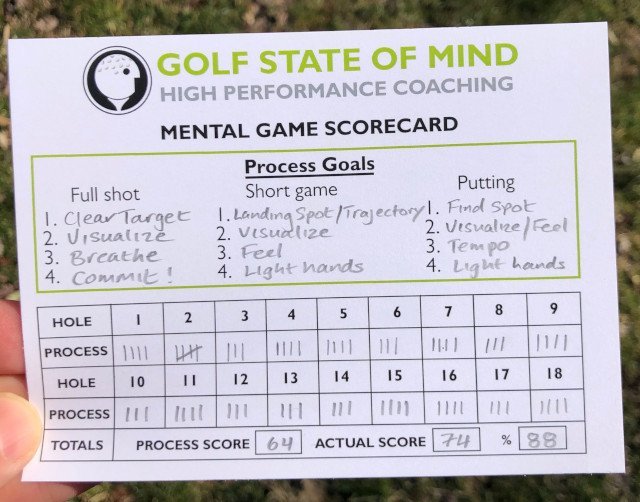 How To Use Your Mental Game Scorecard

When you step onto the first tee, your technical skills are what they are. It's… 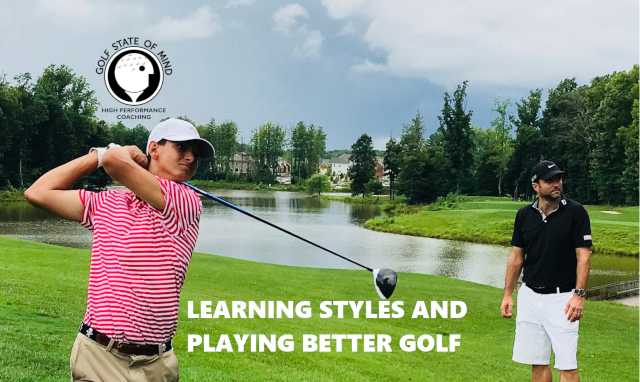 How sensory golf can make you a better player or coach

Earlier this week, I had a very interesting conversation with one of my most trusted…

Why Losing Focus Can Kill Your Golf Shots