I don’t usually delve too much into the golf swing, but this one’s too important not to share. The biggest swing problem I see most amateurs have is taking the club inside the line on the way back which causes the club to come down too steep, resulting in a slice, pull or duck-hook. I know because I used to do it myself!

The good news is there’s an easy way to fix it and start hitting the ball straight at the target.

How to Cure a Slice

The first 2 feet of the back-swing is the most important part of the golf swing. It determines your swing plane.

On the faulty back swing, where the club is taken too far inside the line, the club head quickly goes inside the hands.

Where is the club head in relation to your hands?

Try it in slow motion (in the mirror) and get to the same position as Rory McIlroy in the picture above.  If the club head is inside your hands, you’re already in a bad position, and unless you have a lot of athletic ability, you’ll struggle to get the club inside the ball on the down-swing which is where it needs to be.

Just before hip-height, the club should still be outside the hands, at which point the hinging of the wrists takes the club up and the arms and shoulders do the rest. From this position you’ll be able to attack the ball from the inside and start hitting a draw.

A steep back-swing is much better than a flat one.

There are a few causes of taking the club inside:

1) The wrists roll on the way back. Try to keep the “V’s” that the thumb and fore-finger form, pointing at your chest until hip-height. Another way to think about it is to have the shoulders and upper body take the club back, not the hands and arms.

2) The club is gripped way too “open”. By this, I mean when the club is in your hands, the club-face is not aiming far enough to the left. This might feel like it’s square to you, but with a lot of amateurs I see, it’s way too open which causes the club to go inside too quickly. Try exaggerating this by laying down the club really closed and then gripping the club as you normally would. Notice what that does to your back-swing (it will make the club stay outside the hands for longer). Have your local pro look at your grip.

Take your video camera to the driving range next time and slow motion the replay to look at the club position half-way back. Also, try doing slow motion swings in front of the mirror and make those positions part of your muscle memory. Keep practicing this and your have your slice cured in no time! 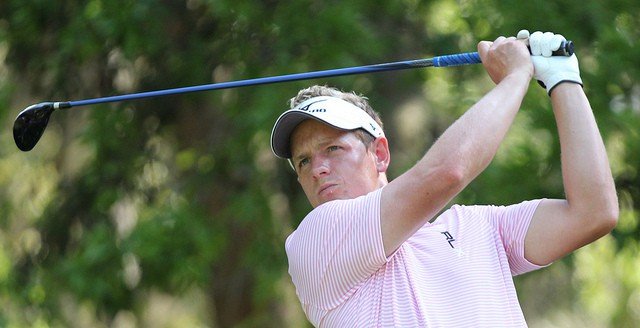