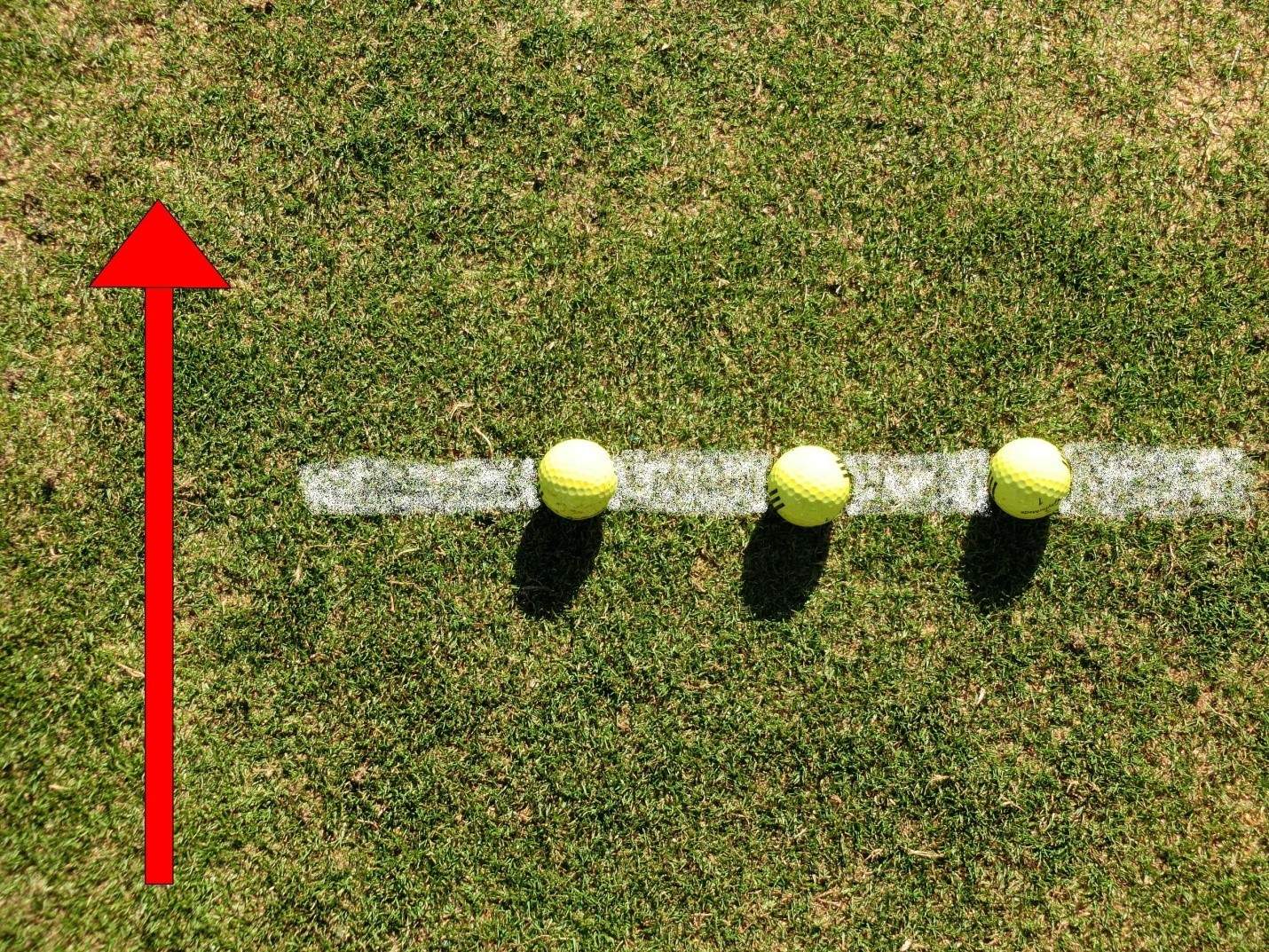 Want to know one of the quickest ways to improve? Feedback. Most golfers I see are either not getting quality feedback, or they are getting feedback less relevant to their performance. In this article, I will explain 3 simple things which relate to your performance, and how you can use feedback from your golf practice to improve your scores.

Often, players I see have very poor forms of feedback. For example, I may ask a player after a bad shot what happened, and they invariable offer an answer which conveys to me that they really don’t understand why that was a bad shot. Often, they can even think a shot was caused by something 180 degrees to the actual cause (such as hitting the heel of the club and thinking they hit the toe).

Other times, a golfer may just use less ‘performance relative’ feedback. For example, a player may ask their buddies to see if their swing was too flat or too steep. While this is nice (and there is always a time and a place for this), having a flatter swing does not mean you can’t perform well. There are flat swings on the PGA Tour, like Kuchar and Jimenez, raking in money week after week.

So what does matter?

To me, the three big things which need constant monitoring (as they directly relate with performance) are

If you were to spend the majority of your time getting feedback and adjusting to improve these things, you would see your handicap tumble down. Let’s take a closer look.

Strike with the ground

When hitting a ball from the ground, your club needs to first strike the ball, and then the turf. A pro will usually make a divot – and that divot will either start on the spot that the ball was resting on, or up to 2 inches in front of the ball.

One great form of feedback is to spray paint a line on the grass, or scratch a line into the ground with a tee. You can also just rest a tee next to the ball to mark out where the ball is resting. Now, hit a shot and see where your divot is relative to where the ball was. 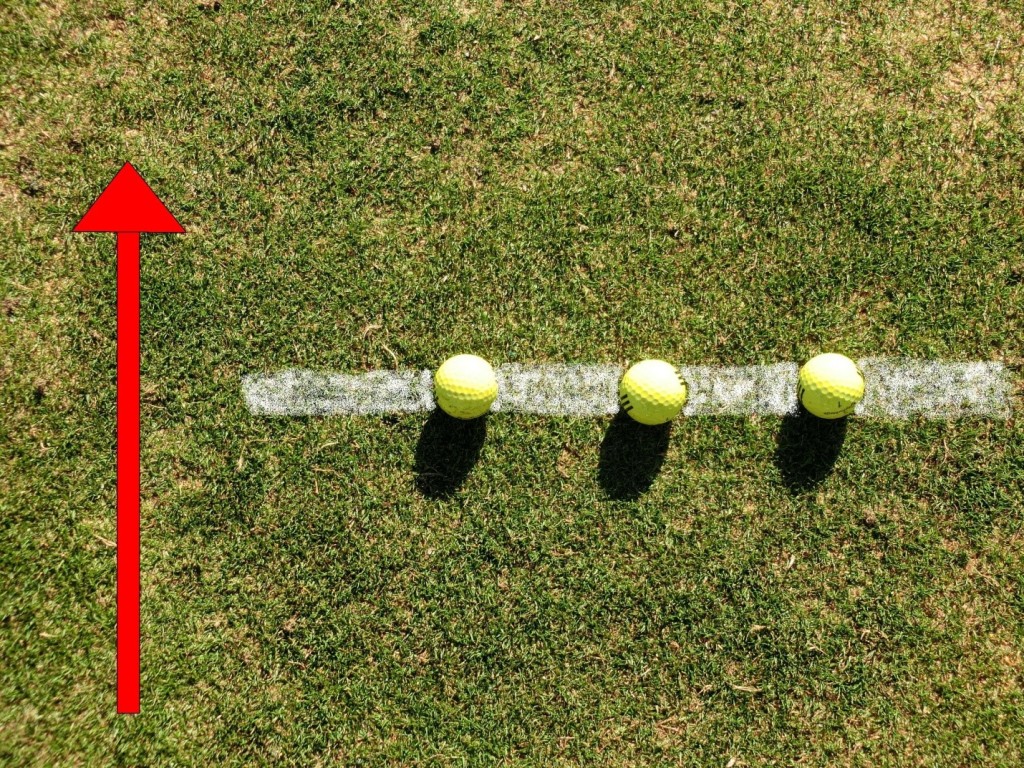 Place balls in a line with something to mark out where they rest. Now hit the shots.

Keep working on this – the feedback alone will almost guarantee you improve your strike. But it is not enough on its own.

Hit the middle of the face

We all know we should strike the sweet spot of the club, right? But very few golfers I see are actually doing that, and most don’t know what their mistakes are (whether it was too much to the toe side or heel side), so they are helpless to fix it.

Use a dry erase marker pen to mark your ball like this:

After hitting your shot, you will now get quality feedback as to what happened. You are now empowered to be able to improve it.

Now that your strike is pro quality, we need to control direction. While direction is a complex combination of club path and clubface, I just want to focus on the latter, as it is the quickest way to get your ball to behave, and will usually have a positive effect on the club path in the long term.

and an open face

What is our form of feedback? Well, on a well struck shot, the ball flight tells us what we need to know. Did it finish too far right or left? Find a way of changing the clubface until you get the ball online.

You are not going to turn from a slicer into a drawer of the ball by changing clubface alone, but you will be able to tame the wild shots and get the ball on target. Many pros have player with an out to in path (leitzke) or in to out (McIlroy), yet have been able to compete due to great clubface control.

When practicing golf, use your time to explore variables. Don’t just try and hone in on one ideal – explore extremes so that you develop the skills to adapt your technique should you need it. For example, on the range, you should be exploring hitting left and right shots by changing the clubface position at impact. Also, try and hit toe and heel shots, as this skill will improve your ability to find the middle of the face much quicker than someone simply trying to hit the middle all the time.

Adam Young is a golf coach from the Leadbetter Academy in La manga Club, Spain. He is also author of the bestselling golf book on amazon – “The Practice Manual – The Ultimate Guide for Golfers”. In his book, he explores what really matters in golf, and goes into incredible detail about how to train for it, using research in the field of motor learning. The book is massively popular with players and coaches alike.

Adam Young is a golf coach from the Leadbetter Academy in La manga Club, Spain. He is also author of the bestselling golf book on amazon – “The Practice Manual – The Ultimate Guide for Golfers”. In his book, he explores what really matters in golf, and goes into incredible detail about how to train for it, using research in the field of motor learning. The book is massively popular with players and coaches alike.
Related Posts

If lowering your scores and playing better, more enjoyable golf is your goal, then developing…

Why Most Golf Practice is a Complete Waste of Time