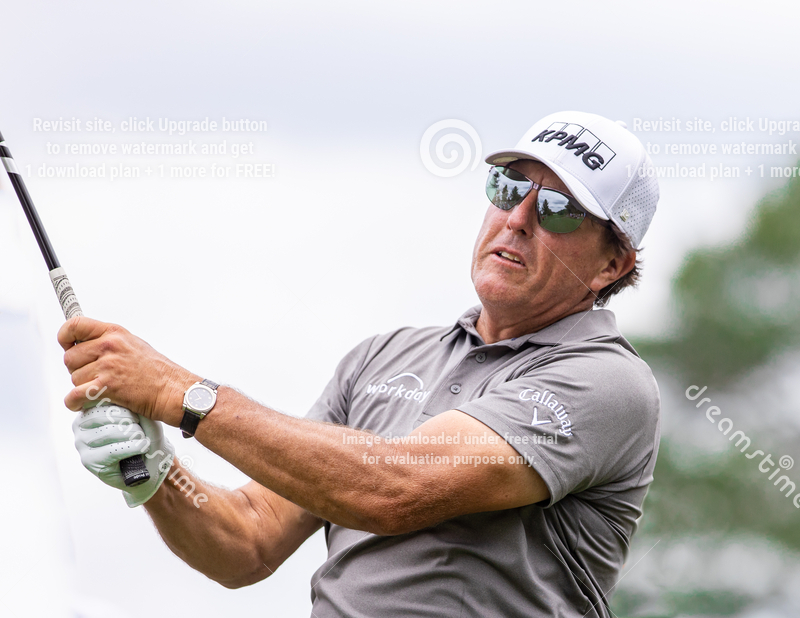 Phil Mickelson’s mental game was a huge factor in his winning of the 2021 PGA Championship.

“Before this tournament, I was struggling to be really present for each shot. I’ve had a few breakthroughs on being able to stay more present and more focused. Physically I’m striking it and playing as well as I ever have, I just haven’t been able to be present and see that clear picture [of the shot]. I’m trying to use my mind like a muscle and just expand it because as I’ve gotten older, it’s been more difficult for me to maintain a sharp focus and good visualization of the shot.” – Phil Mickelson after his 2021 PGA Championship win.

After the Wells Fargo Championship a few weeks ago Phil Mickelson said, “I just wasn’t sharp…I stepped in there, I was going to hit a draw, standing over it, I’m going to hit a fade and I just made an awful swing, lunged forward on it.” (Source Golf Digest)

This week it was different. Phil’s Pre Shot Routine looked very deliberate and he took his time to get focused and committed to every shot. He was PRESENT. His controlled nasal breathing exercises calmed his body and mind down, so he could really see that picture and nothing else. Being more present, as Phil spoke of after his PGA Championship Win, is SO key in golf. If your attention is anywhere else but the present when you are stepping into a shot, there’s no way that you can be fully connected with your intention and have the calmness of mind to make a committed fluid swing.

Whatever level of player you are, to get the best out of your game requires working on your mental skills such as improving focus and controlling your arousal state. Take a leaf out of Phil’s book and make mental training for golf part of your game improvement plan. Start by downloading my Mental Game Scorecard (using the button below), which is designed to train your mental skills and have you focus on the things that are most conducive to shooting a good score.

The Power of Visualization

In life, we generally become, or “live into” what we visualize for ourselves in the future. The same happens in golf.

Breaking 80 with Visualizations and Belief

Do you believe what one person can achieve, others can achieve as well? How about…

5 Ways To Use Mental Imagery To Improve Performance

This week, we’re going to look at the power of Mental Imagery for golf, which…