To take your range game to the course, you’ll need to get as close to course conditions as possible while your practicing. Following the “1/3 rule” for effective practice, you’ll know that you have to spend at least a 1/3 of you practice sessions, doing random and competitive skills drills. In other words, standing there for a full practice session hitting to the same target, thinking about nothing but your swing, is unlikely to transfer into better scores on the course.

Anyone of any level of technical ability can learn to hit the ball straight at the same target after they’ve repeatedly hit that same shot over and again. Your body learns that same repetitive movement very quickly. You have not, as you might start to think, mastered the game of golf and be ready to hand in your resignation and play on the PGA Tour. Most of the golfers who say, “If only I could take my range game to the course”, have experienced exactly this on the range, and in actual fact, have not really been improving their chances of scoring on the course.

How To Practice To Take Your Range Game To The Course

For some of his practice time, Ben Hogan would play holes in his mind. You would see him frequently switching clubs as he played tee shots, approaches and chips. Every shot would involve him having a clear picture of the hole he was playing and the shape of the shot he was going to hit.

When you’re on the range, and you’ve got your “block practice out of the way, “play” a few holes! Use your imagination to play which ever course you like, but be sure to not hit the same shot twice, like you wouldn’t on a real golf course. On the course you do not have the luxury of playing a shot over, so train your mind to deal with having consequences to each shot. If you hit the ball left of your target , imagine that you have hit the ball left on your virtual hole and picture that next shot you need to hit to get the ball to the green. This exercise teaches you to synchronize your body and mind to produce the shots that you are visualizing and make the most of every opportunity you have to hit the ball to the target.

The driving range is a place where it is easy to get on auto-pilot, thinking that you are improving by hitting the same target again and again, but in reality, you have not learned a better scoring game. Use this valuable time to practice playing and I’ve no doubt you will find that you can take your range game to the course and score better. 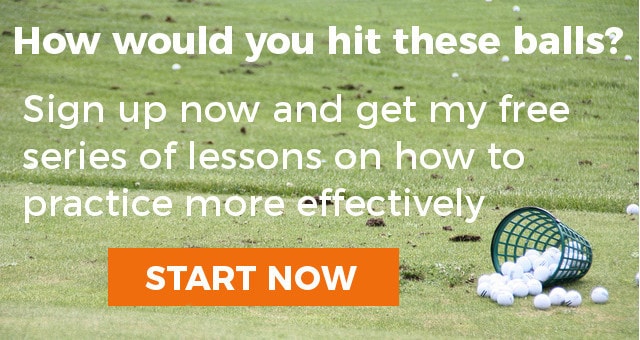 Too many golfers waste valuable time practicing in the wrong way. One of the goals… 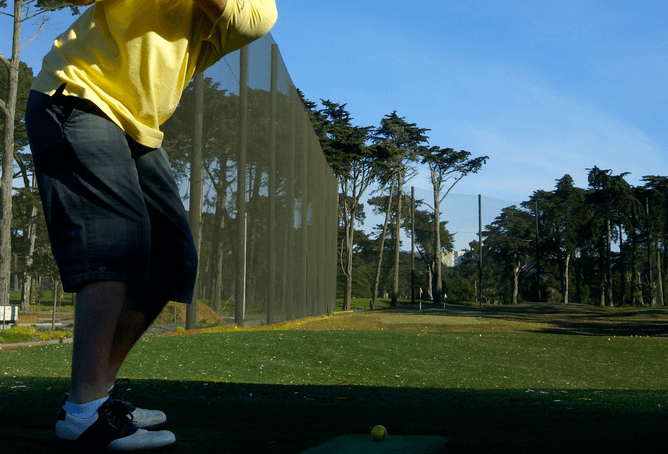 Learning How To Handle Pressure

If you’ve read “The Talent Code” by Daniel Coyle, you’ll know that talent is not…

Most of us are obsessed with swinging the club in the "correct" way. We get…