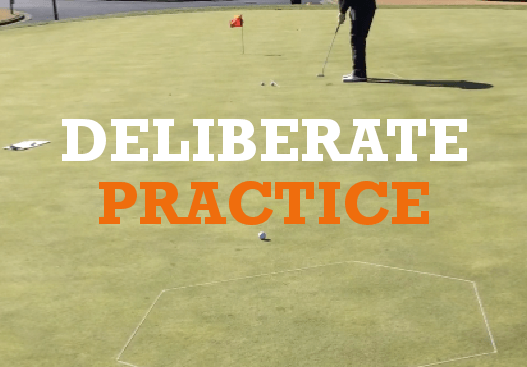 The term ‘Deliberate Practice’ has been widely used since being popularized by the writer Malcolm Gladwell in his book “Outliers”.

In this book he introduces us to “the 10,000-hour rule“, a concept that is believed to have come from a 1993 research paper written by Dr. Anders Ericsson, Cognitive Faculty Director at Florida State University, called “The Role of Deliberate Practice in the Acquisition of Expert Performance”.

Gladwell has created a perception that expert performance is achievable after 10,000 hours of practice, which many experts believe to be untrue and unfounded.

The magic 10,000 hour number was never actually mentioned by Dr. K Anders Ericsson, who states that the acquisition of expert performance is different for everybody in every domain. What Dr. Ericsson and his team of researchers did discover, is that expertise and expert performance came to those who had spent more than 10,000 hours engaged in deliberate practice, which usually took around 10 years. Some domains took 9 thousand, some domains took 11 thousand etc.

So what is Deliberate Practice for Golf, for us folk that don’t read research papers?

“Deliberate practice for golf is the amount of Game-Like repetitions a player gets during practice.” – Matthew Cooke

My reincarnation of Dr. K Anders Ericsson’s pioneering work runs right in line with his original.

“Deliberate practice is the engagement with full concentration in a training activity designed to improve a particular aspect of performance with immediate feedback, opportunities for gradual refinement by repetition and problem solving.”

Clear, concise and relatively easy to understand. Let’s go through it step by step. First off we’ll go into how to make it “Game like”.

“There are no big moments. There is only this moment.” – Pete Carroll, coach of The Seattle Seahawks.

Pete Carroll’s philosophy is that you must train as if it’s the real thing- that you train your mindset to be your best in every moment, not just the ones that your external enironment as lead you to believe they are “big”. This is a key part of training your mental game of golf. Deliberate practice for golf is about practicing with the same intensity and mindset that you’d want to have on the course.

I will categorize three very distinct levels of drill: beginner, intermediate and advanced. First we must recreate, then we must simulate and finally we regulate, which gives us opportunities to chunk. These are the principles that MUST be followed. Granted, there are differences in the specific design of practice tasks, but all are underlined, highlighted and placed in bold!

How can a beginner have the same principles that an advanced golfer has? Here is how:

Deliberate practice for a Beginner

If the putt is outside 2 putter lengths (6 foot) then the player must do 2 push-ups and a lap around the green (This person is a junior and very athletic and upbeat).

Write the score down, use the words “pass” or “fail” on a white board (This golfer is in phase 1 i.e. FUN, so regulating is kept to a minimum intensity, outcomes should be written on a whiteboard during class/lesson only)

Deliberate practice for an Intermediate

If the ball stops short or longer than 3 foot past it’s noted as a bogey, dropping 1 shot back of the lead (this person is a passionate golfer wanting to improve and has the desire to become a professional one day).

Performance game scorecard must in hand. On the scorecard, the golfer will note if he/she holed the putt, passed or failed the task.

Deliberate practice for an Advanced player

If the ball stops short of the hole or rolls more than 9 inches past the hole, or 5 out of 10 aren’t holed then the player must do 5 push-ups and a lap around the putting green. Results written on the performance scorecard are shared with other team members. A psychological element can be added also such as 1 shot has been dropped in The Masters.

Performance game scorecard must be in hand throughout practice and all results will be recorded.

What we have just done is constrain the environment and design the game in a way that is appropriate for learning, for that particular individual. By doing the above, you provide an opportunity for the last piece, which is chunking, to take place.

“But what if there is a real technical flaw!? They can’t just practice Game-Like otherwise they aren’t going to change it.”

I discuss in our manual the mechanical aspects of improvement. In short, make the technical changes, in a Game-Like way, following the taxonomy of educational objectives framework. Benjamin Bloom published the three different, but interrelated, taxonomies many years ago and discussed important case studies in his widely accepted book called ‘Developing Talent in Young People’.

After some examples of recreating, simulating and regulating it is now time to move on to the newly popularized art of chunking.

First of all, imagine a piece of information. Within that piece of information there are fine details about concepts, movements and more. The piece of information that we’re referring to is the ‘chunk’ and, in essence, is stored in memory. Chunks can then become accessible pieces of information that golfers can utilize when competing in a tournament. To be accessible during a competition the prior 3 principles (recreate, simulate and regulate) must be followed. The reason is also simple. The task and context of the task in practice, where chunks are created, have to be as close to the real task at hand in competition. Over a period of time in practice, working through appropriate stages, the stimulus that is created from the environment around a golfer will fire the right patterns, connected to the right pieces of information (chunks) rather than the wrong ones aiding performance, rather than disabling it.

“The ability to quickly and efficiently process domain-specific information has since been shown to be one of the defining features of expertise in sport, and hence explanations for skill-based differences in motor skills have been heavily grounded in cognitively-based theories of information-processing activities”. (e.g., Fitts, 1965; Fitts & Posner, 1967; Schneider & Shiffrin, 1977).

This was taken from the Cambridge Handbook of Expertise and Expert Performance.

It’s The Masters and lone behold we have that 10 foot, downhill, left to right putt with the green running at a speed of 12. By practicing Game-Like for all those years, all those times is now put to the test. By sticking to the process and going through a routine, the pieces of information (chunks) that were created and stored from all that practice is now available to access and in a very beneficial way. A quote from Tiger Woods on his final putt to win the masters some years ago said this:

“My mom could make this putt, this is easy.”

I wonder how many times he had already hit that put in practice, thinking it was for the masters win? Probably thousands of times.

Before we finish up let’s clarify the word repetition. Dr. Ericsson mentions it and so do millions of others. However most get it wrong to current research in performance.

By doing ‘something’ over and over again, our muscles begin to act more seamlessly, which gives people a perception of high expertise for that particular ‘something’.

Check out how repetition leads to expertise in this video

We can all conclude that the people in this video are good at what they do. They are fast and they are accurate. But I can guarantee you they did not start out this way. They may have got some orders wrong, they may have pressed a few wrong buttons and they may have smashed a few things! You may call it ‘ugly’.

Can this be applied to golf? All golf shots are different, every single one. You actually never get the exact same shot twice. Ever. So golfers repetition has to be different. Repetition of the whole skill is necessary, which involves information gathering, deciding the strategy, executing the strategy and then reflecting on the results. Not just the swing. This type of repetition allows golfers to access those chunks that we discussed earlier in the article. This is the way to take your driving range game to the course!

A lot to take in I know, and there is more to it. But for now, it is enough to get started.

After all that, you can get started practicing deliberately by making sure practice sessions contain these three things:

Through this cycle of deliberate practice for golf, chunks will be built and memories will form. Then there is a better chance of accessing them during competitive or regular on the course play. In most cases, they can be implemented into an actual game.

Are you learning from your Practice Feedback?

Want to know one of the quickest ways to improve? Feedback. Most golfers I see…

Just how effective is your practice for golf?

When I get with a new student, one of the first questions I ask is…

I challenge you to do something you've probably not done before while playing golf. During…