Yesterday I played a round with a Callaway Sales Manager at The Wisley Golf Club, Surrey, England.

With optimism, he informed me of Callaway’s latest technological advances in club manufacturing and how they are making the game easier for the average player. “Golf clubs today are very forgiving and the bounce that drivers have in the face means far longer drives, they are getting better and better”, he said.  So when I asked him whether he thought that golfers on average had improved their scores since Callaway released the first “Big Bertha” in 1991, he replied “probably not.”

This seems like a crazy revelation. Despite all the hundreds of millions of dollars golfers have spent on new clubs during the past twenty or so years, the manufacturers have ultimately not delivered on their promise – to lower our scores and make us better players. So if the latest innovation in golf club design allows us to hit it straighter and longer, why has this not led to lower scores? The most logical explanation is that our focus on the long game and becoming better off the tee, has reduced our focus on the area that ultimately makes up our scores – the short game.

Perfecting the swing and seeing the ball fly 300 yards down the fairway seems to be the most important thing to work on when we are practicing. But results tell us that where we really lower scores is in the “scoring zone”, or within 50 yards. PGA Tour players only hit an average of 64% of greens (roughly 2 in 3), which is not many more than the average weekend golfer. But the fact is they get up and down between 60-70% of the time (a 9 handicapper gets up and down 22%). A 16 handicapper is spending, who misses 9 greens and only gets up and down twice, spends 40% of their shots within 50 yards, but spends less than 10% of their time practicing in this area.

So even if we were good enough to hit the ball straight enough to hit the PGA Tour average in greens in regulation (GIR), we would still have to get the ball up and down a minimum of 6 times a round. If we have not practiced this area, we are going to have a hard time doing so.

The closer you get to the hole, the more mental the game becomes. The short game is about touch, visualization and feel. We need to ingrain the feelings associated with different shots in our practice, so that we can rely instinctively on them when we are on the course. The number of possible shots you can have around the green is infinite. You are rarely faced with the same shot.

It is important to practice from a complete variety of lies and distances and improve your ability to manage variability. Practice opening and closing the club face and moving the ball around in your stance. See how the ball releases out of different lies. Start to visualize and feel shots. Pick targets to aim at on the green and have the ball roll over. The key is to have a very clear picture of the shot you want to hit and start to learn the feelings associated with that shot.

Putting could be considered an almost pure mental game. If you can learn to hit the ball out of the center of the putter, the rest is about visualization and feel. You need to see the ball follow a line and disappear into the hole. Always commit to a line, whether you think it is the right one or not. The more you practice a visualization and feel routine when putting, the more you can rely on these senses and score better on the golf course.

The short game is where we are rewarded most for our practice, more so than on the driving range. If we want to lower golf scores we have to spend more time learning this part of the game. Instead of hitting a bucket of balls on the driving range, go and use the chipping green. With more practice like the session I have described above, you will heighten your senses and give you greater confidence in your ability in the scoring zone. 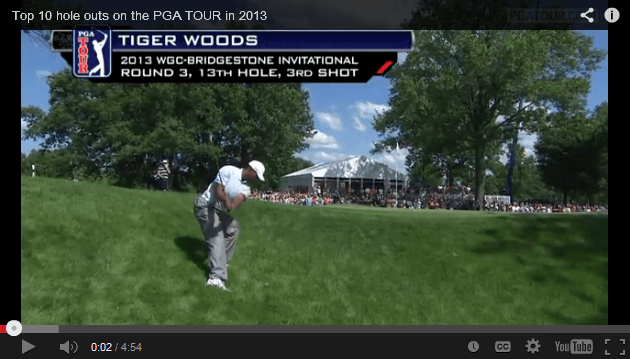 This is a great video of the PGA Tour's top ten hole outs. The area… 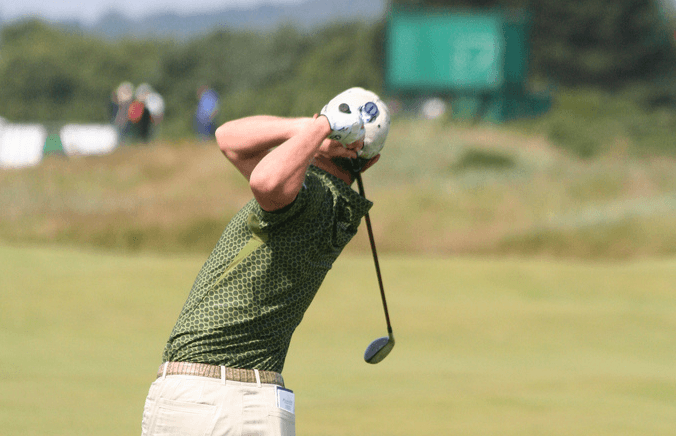 More accurate wedges and your optimal mental state for golf

What an amazing Open Championship that was! It had everything. Delays from severe wind and… 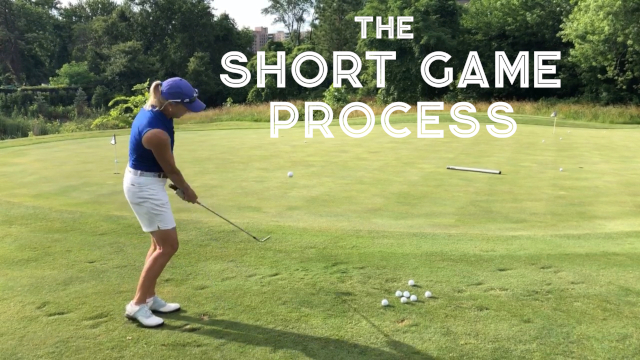 In this week's lesson, we're going to take a look at how improving your short…