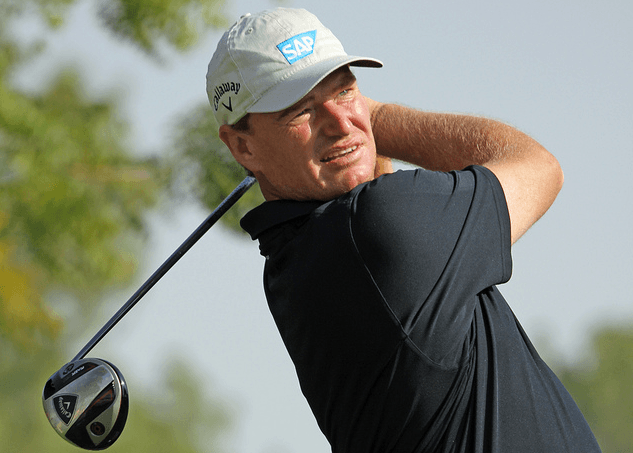 While watching the PGA Tour players at the Quicken Loans National yesterday, I noted several things that help them hit more fairways with the driver, but here’s what I believe to be the most significant.

More distance with the driver

Probably the biggest difference between the Tour player and amateur with the driver is tempo. The driver is the only club that you want to hit as far as possible, so the tendency is to swing it hard and fast, which actually kills accuracy and distance. The key to a consistent swing is coordination of upper and lower body, and if your tempo is too fast, it’s hard to get it right. Tempo is arguably the most overlooked fundamental (alignment is a close second).

Set the tempo with your take-away

One thing you’ll notice as you watch Tour players hit the driver is how smooth and slow they take the club back from the ball. This sets the tempo and rhythm for the rest of the swing.

“The slower I take it back, the better my rhythm gets, which automatically puts me where I need to be at every stage of my backswing. Plus, a slow takeaway gives you time to correct errors by the time you reach the top—which you can’t do if you snatch the club back.”

When you take the club back slower, you will have less tension in your grip and forearms, which can also kill your swing. It will also help you stay more balanced and centered over the ball during your backswing – further keys for more distance and accuracy with the driver.

Watch out for your tempo under pressure

We all have tendencies under pressure, which we need to look out for, but probably the most common one is a faster tempo (with all clubs). If you’re playing an important round, notice your tempo during your practice swings and have a beat in your head you would like to reproduce on your actual swing.

Peter Kostis, coach and CBS commentator seems to think so. Kostis compared 2 videos of Tiger’s swing on the driving range and swing during a tournament and it would appear that it gets a lot quicker on the course. If you’re interested in taking a look at this comparison check out this video The problem with Tiger’s golf swing.

1. Next time you’re on the range, experiment with tempo and see what it does to the quality of your shots. Try a fast take-away, vs a slower, more deliberate one. Hit 4 balls, one at 25% of your normal swing speed, the next at 50%, then 75% and the last one at your fastest. See what this does to the quality of the shot.

2. Alternate shots between your pitching wedge and driver. You should find that your driver swing will slow down, when hit after a shorter club.

3. Tee up a ball and put the driver behind it. Place another ball behind your driver and as you take the driver back, notice how fast that ball is pushed back by the driver. It shouldn’t move much more than a few feet, not shoot off way behind you!

I hope this lesson helps you find more fairways and have shorter distances for your approaches!

How To Take Your Range Game To The Golf Course (yes, really)

One major difference between good and inconsistent performance among golfers is brain activity. Studies have…

The Best Swing Thoughts For Golf

The subject of what to focus on during your swing, or the best swing thoughts…

What is The Best Swing Thought?

"You turn off your mind. You feel your golf swing without really thinking about it.…