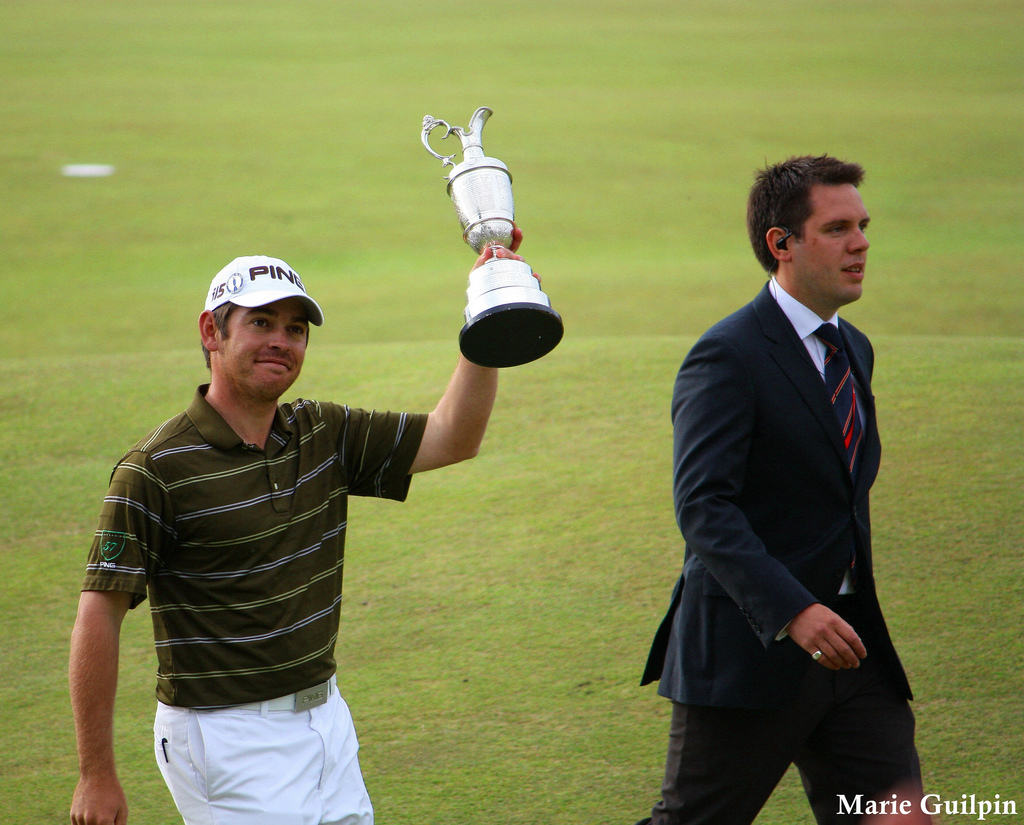 After Louis Oosthuizen’s victory in The Open in 2010, and the discovery of the “Red Dot” concentration trigger that helped him win, it’s got golfers wanting to learn more about NLP for golf.

NLP or “Neuro Linguistic Programming”, is a fairly new branch of psychology that attempts to improve a person’s mental and emotional behavior. The teaching assumes that specific goals or actions (neuro) can be better achieved by “anchoring” (programming) past experiences with reinforcement stimuli such as touch, word or sight (linguistic).

Louis Ooosthuizen marked the now famous Red Dot above his thumb on his left glove after working with Sports Psychologist Karl Morris. Before working with Karl, Louis was struggling with focus during his rounds. However, when he was playing his best, he was in a very high state of focus. Karl Morris asked Louis: “If he would give that highly focused state experience during good rounds a word, what would it be?” Louis replied “Concentration”. And if “Concentration” had a color, what would that be? Louis immediately replied “Red”. So how did they use these answers to get Louis to become more focused in the big tournaments, enough so that he was able to close out a major?

The goal of NLP for golf is to bring together the conscious and unconscious minds. Many of the emotions we feel and states of mind we are in happen unconsciously i.e. a stimuli triggers an unconscious response. Like when you hear a piece of music that has some nostalgic memory attached to it, it can make you feel warm inside and take you back to that good place/time in your life.

NLP is about associating positive states of mind to certain stimuli via “anchors” and then using these anchors when needed to produce that feeling or mind-set on demand. So, through metal imagery and visualization exercises (recalling those great rounds when in that highly focused state of mind) Louis would further anchor the color red. Then, during competition, looking at the Red Dot as part of his pre-shot routine would automatically trigger that same optimal state of mind.

Oosthuizen would first make conscious analytical decisions on how to best play the shot. Then by looking at the Red Dot, a reaction would be triggered by his unconscious mind to adopt the emotional state associated with that visual anchor. The unconscious mind does not reason, is not logical and makes no judgments. Its primary job is physiological, in regulating body temperature and breathing. But it is also a repository of feelings and memories which (if triggered correctly) can be recalled by the conscious mind. In a game where performance can be massively impaired by conscious thinking, bringing the non-judgmental unconscious mind into the shot process can only help our scores.

Confidence plays such a huge role in performing well in golf, so it is important to be able to recall (on demand) those times you felt success. The pre-shot (and post-shot) routine is one of the most important factors in achieving this. Getting yourself into a confident, positive mind-set will massively improve your chances of success. And this is exactly what the nlp for golf “trigger” does.

Golf is an unusual game in that it lasts 4-5 hours. For this reason it is imperative to be able to switch on and off – relaxing as much as possible when you can and conserving mental energy to give EVERY shot your best. During the intense pressure of The Open in 2010, Oosthuizen was able to relax in between shots, safe in the knowledge that his Red Dot would take him into the necessary state of mind to give every shot his absolute concentration and focus. It reinforced his practice and gave him the self-confidence to execute.

Spend some time thinking about great rounds and shots you’ve hit (sit in a quiet place and take yourself back), then look, say or feel your “trigger” – this can be visual, verbal or touch (Ernie Els uses the Velcro on his glove and Fred Couples uses a tug on his shirt). If done often eought, that anchor will automatically start to produce the desired action, which is to recall that same focused state of mind. When you hit a good shot on the course, anchor that too in the same way. Make your new “trigger” part of your pre-shot routine. This will tell your unconscious mind to adopt that optimal state of mind and you will be ready to play the shot as best you can.

“Confidence is the most important single factor in this game, and no matter how great…

Whatever your level of play, you have to perform when the pressure’s on to make…

7 Confidence Boosting Tips For Your Next Round of Golf

“Confidence is the most important single factor in this game, and no matter how great…