Do you believe what one person can achieve, others can achieve as well? How about if you knew that a whole group of people did something as simple as visualizations to achieve their goals that you could too?

Belief is a theme I teach in my Yoga for Golf classes and I use two examples to bring home the point that Practice in golf does not and should not only include physical practice.
The first example I use for my students comes a well-documented Soviet experiment using 4 matched groups of world class athletes.

The athletes were evaluated and Group 1 doing only physical training showed the least improvement in performance. The group that showed the most improvement was the group that did the most mental training. I think this shows guts and ingenuity to experiment with training regimes before the Olympics. The same as the results can start working for you immediately even if you are up against a pressure situation like a tournament, club championship, golfing with a big client.

The next example comes from an almost unbelievable story I found in one of the “Chicken Soup for the Soul Book” and this story is also retold slightly different in Denis Waitley’s book “The Psychology of Winning (no affiliate).

Major James Nesmeth had a dream of improving his golf game- and he developed a unique method of achieving his goal. Until he devised this method, he was just your average weekend golfer, shooting in the mid – to low – nineties. Then, for seven years, he completely quit the game. Never touched a club. Never set foot on a fairway.

Ironically, it was during this seven-year break from the game that Major Nesmeth game up with his amazingly effective technique for improving his game- a technique we can all learn from. In fact, the first time he set foot on a golf course after his hiatus from the game, he shot an astonishing 74! He had cut 20 strokes off his average without having swung a golf club in seven years! Unbelievable. Not only that, but his physical condition had actually deteriorated during those seven years.

What was Major Nesmeth’s secret? Visualization.

You see, Major Nesmeth had spent those seven years as a prisoner of war in North Vietnam. During those seven years, he was imprisoned in a cage that was approximately four and one-half feet high and five feet long.

During almost the entire time he was imprisoned, he saw no one, talked to no one and experienced no physical activity. During the first few months he did virtually nothing but hope and pray for his release. Then he realized he had to find some way to occupy his mind or he would lose his sanity and probably his life. That’s when he learned to visualize.

In his mind he selected his favorite golf course and started playing golf. Every day, he played a full 18 holes at the imaginary country club of his dreams. He experienced everything to the last detail. He saw himself dressed in golfing clothes.He smelled the fragrance of the trees and the freshly trimmed grass. He experienced different weather conditions-windy spring days, overcast winter days, and sunny summer mornings. In his imagination, every detail of the tee, every individual greens.

He felt the grip of the club in his hands. He instructed himself as he practiced smoothing out this down-swing and the follow-through on his shot. Then he watched the ball arc down the exact center of the fairway, bounce a couple of times and roll to the exact spot he had selected, all in his mind. Visualization for golf is extremely powerful.

Not once did he ever miss a shot, never a hook or a slice, never a missed putt.

He took Twenty strokes off and Shot a 74.

This can help in you breaking 80 for the first time

Using visualizations is actually a very ancient practice used by yogis and other masters, when they would walk across hot coals and not burn their feet that is because they had first brought themselves to a relaxed state and saw themselves already accomplish this feat in their minds.

So although it is great to get out and Practice at the range evidence also reveals, when you Practice your best drives and putts in your mind it is helping you towards what’s known as the Reinforcement of Success. For the most powerful results it is best to recapture and recall your best golf in your mind just as you are going to sleep or before you get out of bed in the morning and by pre-playing every game you will be reinforcing future success. If you do it right in mental practice, you’ll do it right in life.

What is the best round you’ve ever played in your mind? Could it be breaking 80 for the first time? Visualize it before it happens!

is a creative Yoga teacher who began YogaforGolf in 1997 and GoddessYoga in 1999. She now combines the two in her new book, "How to become a Golf Goddess." Margarit can also be found on blog talk radio's Enlightened Golfer.
Related Posts 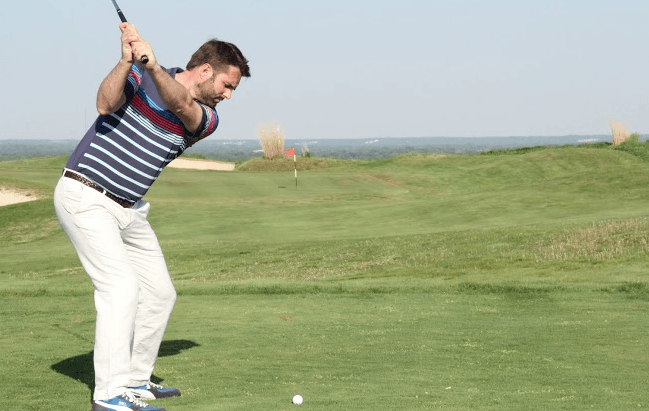 During the press conference ahead of the WGC Bridgestone Invitational, Phil Mickelson gave us an…

Good Golf is about Visualization, Feel and Ingraining Positive habits

Good golf is about developing strong mental habits. When we are on the golf course,…