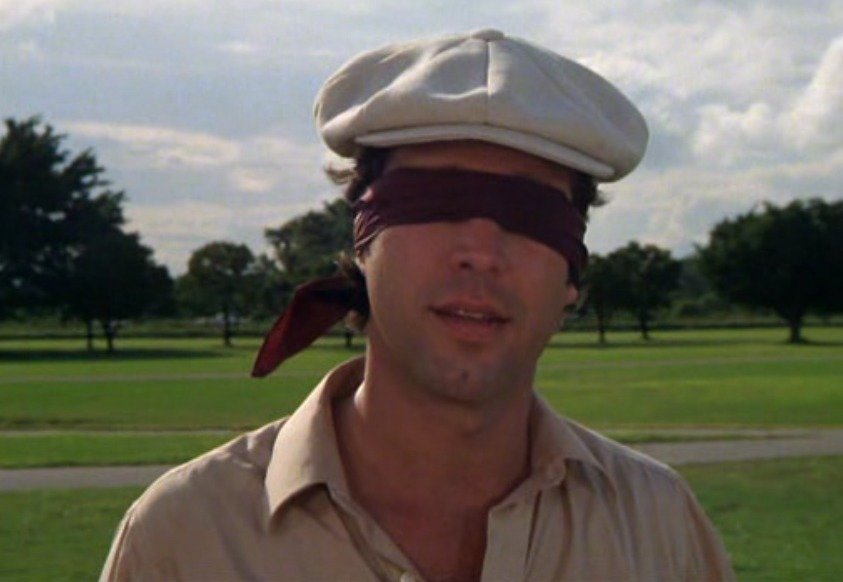 No it doesn’t. California Bears kicker Vincenzo D’Amato missed three field goals, (42,40, & 42 yards) last Saturday against The Ohio St. Buckeyes. The last miss was bad, reminiscent of Vanderjagt’s miss against the Steelers during the 2005 playoff game.

I am not piling on, believe me, I wouldn’t have cleared the line of scrimmage with my attempt. However, before the last kick, the coach had told D’Amato to “picture the goal-posts getting wider.” It’s like I was watching the movie The Natural, hearing some hypnotist tell the guys “losing is a disease,” or playing some weekend golf and hearing the same ol’ “Be The Ball” routine. There is a right way to visualize and THAT’s not it…

What the coach was trying to do was deflect the kicker’s attention away from the situation and to something external. He was also trying to “trick” the kicker into believing something that just isn’t true!!! It’s like if you are lifting weights and telling yourself “the weight is light” instead of telling yourself to “get strong.” It’s the difference between wishing for an easy life, instead of praying to be a strong person…It’s also like telling yourself a marathon is not that far.

Right way to visualize:
On the other hand, Ball State University kicker, Stephen Schott, was faced with 42 yard attempt, with his team down 39-38, against the Hoosiers. “I just block everything out,” he said. “I focus on my target behind the upright and I visualize the ball going through the uprights every time. I was just fortunate enough to do it again tonight.”

Use a coach:
Visualization is probably the most powerful mental training technique we can do! However, most do not even attempt visualization, because he/she hates seeing themselves mess up and they can’t really control the images. Utilizing imagery during practice and not only during pressure moments is how it REALLY works. Visualization should be completed on a consistent basis and used to picture and feel the process of playing well.

Do you visualize before EVERY shot?

Most golfers lose too many shots each round, not because their technical skills desert them,…

Pre-shot Routine: Focus On Process NOT Results for Lower Scores

Good golf is a series of individual shots, executed as best we can. Having expectations…