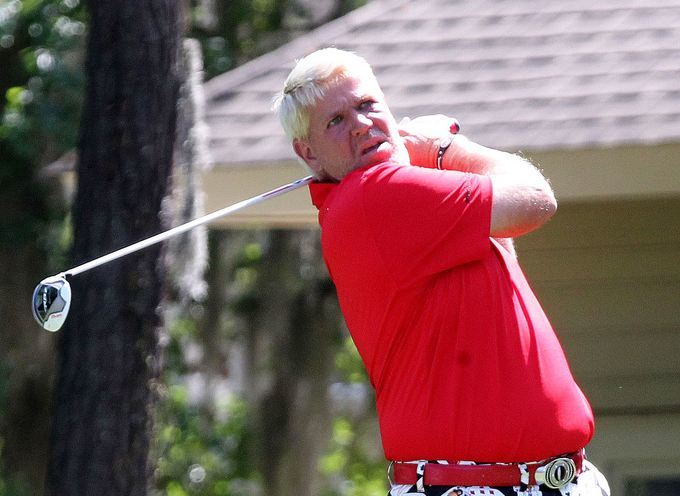 We’ve all been there.

You have a solid round going and then out of nowhere, you block a drive OB right, and you’re thinking, ‘there goes the round’. In your mind you are going over all the possibilities of what could have happened—too quick at the top, too quick at the bottom and a host of other possible culprits. So you start planning for the next drive and promise that you won’t make the same mistake twice. You promise to yourself that a smart player does not make the same mistake twice in one round.

Let’s try to make you an even smarter player and understand the situation from a more fundamental perspective of which you may not be aware.

It is like looking at a beautiful tree and not understanding the dynamics of how the root nourishes the whole tree. If you just understand the tree on the level of the branches, fruits or flowers, then you do not have a comprehensive understanding of the tree. And if you understand a swing just on the level of the different parts of the swing, then you are also missing a crucial, if not the most crucial dimension of a golf swing.

When a good swing starts to break down in a round, something first breaks down in the mind. If you have an understanding of this, then it will much easier and less painful to correct a swing during the course of a round. So let’s look at how the mind produces a solid golf swing.

In order to produce any motion in the body, whether it is swinging a golf club or walking across the street, a signal, an intention about the motion has to be generated in the mind. Now, there are two parts of the brain that are responsible for motion. One is the pre-frontal cortex (also called the CEO of the brain, because it oversees all processes) and the other is the motor system.

When you are hitting the ball very solid, the signal about the swing is not intercepted by the pre-frontal cortex and goes directly to the motor system. But when you blocked that drive, the signal got intercepted by the pre-frontal cortex and was delayed in moving to the motor system. The body, in the middle of the swing, was looking for direction from the mind (this happens in milliseconds, but it happens), and that direction was not forthcoming and as a result, the bulkier muscles played a more dominate roll than you would like in the swing and you couldn’t release at impact. Hence, the block.

Now, your first impulse after you hit that poor drive is to try to correct it on the level of the swing. That’s a good first impulse. But a more powerful impulse would be to try to correct it on the level of where the swing originated. Remember, you have hit thousands of good drives. The memory of those drives is not stored in the body, but in the mind. There is no such thing as muscle memory, because the muscles do not have the ability to remember anything. The memory is actually stored in the motor system, in the cerebellum and basil ganglia, and if a signal gets interrupted during a swing, then these two crucial parts of the brain cannot do their job correctly.

This is the understanding of a breakdown of a golf swing from the most fundamental level. It is similar to understanding the tree from the level of the root. Now the question is what do you do on the next swing? That’s the $64,000 question.

You approach the problem from two angles. Certainly, you can understand the breakdown of the swing from an objective level—plain and simple, you just didn’t release the club. But that thought should not be in neon lights in your mind in preparation for the next swing.

If it is, then the pre-frontal cortex will just capture that signal and you will probably repeat the same flawed swing. The most fundamental intention on the next swing should be to just to do less. This is a swing thought that will never let a good golfer down. All good swings are stored in the motor system and all that is needed is to allow the memory of those swings to unfold. Nothing much needs to be added to that memory, you just have to be sure not to add additional layers that will prevent you from accessing what you already know to do.

By Steven Yellin and Buddy Biancalana If a sports psychologist is successful with an athlete,…

Controlling Your Performance State In Golf

Over the past 10 years of coaching the mental game of golf, I've written hundreds…