The US Open provides the toughest test of the four majors. The winning score is typically over par, which for the best players in the world, doesn’t happen very often. The courses are long and tough and Bethpage Black in New York is one of the toughest. A sign visible from the first tee says it all: “The Black Course is an Extremely Difficult Course Which We Recommend Only For Highly Skilled Golfers”. You have to grind from start to finish. Even Tiger said this week: “This is probably the most difficult golf course we’ve faced from tee to green.”

Huge emotional swings are inevitable at any major, but this one is sure to provide them in abundance. There will be some good luck but a lot of bad. Nightmare holes a plenty. Maintaining composure and a positive state of mind in the face of such adversity will be the key to performing well.

The Standouts of the Mental Golf World

Past US Open champions seem to come from a group of players with a laid back, calm demeanor and this one will surely be no exception. Tiger probably has the best mental game of any golfer to walk the earth, he can simply make it happen when it matters most. A reformed angry-man, Geoff Ogilvy (2006 winner) now looks like “cool” personified and Retief Goosen (winner in 2001 and 2004) has to be one of the most relaxed guys in golf. Ernie “The Big Easy” Els (winner in 1994 and 1997) and Jim Furyk (2003 winner and nicknamed “The Grinder”) further prove the point. When the pressure is at its most intense, these guys have the inner calm and clarity of thought to get the job done.

We can all learn from this, as in golf, mental toughness is a big point of differentiation. Golf is the ultimate mind game and at the major championship level it’s at its purest. Many players have the ability to win this weekend, but the mental game will be the deciding factor. Watch how the winner demonstrates the temperament and composure necessary for great golf. They will all have disaster holes, but they will forget them quickly, stick to their routine and give the shot at hand their best effort and focus. 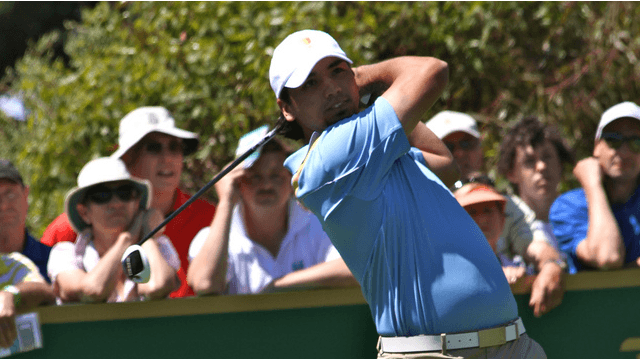