I hear many golfers talking about opponents or playing partners being “luckier” than they are. They think the game is somehow unfair. This begs the question: Are some people luckier than others? Is it possible that the universe looks more favorably on certain people? The simple answer is, yes, it does. But not without good reason. Lucky people create their own good fortune. Likewise, lucky golfers have learnt how to be lucky in golf.

If you’ve read or seen the movie of the book “The Secret”, you will have learnt about the “Law of Attraction” where a universal attraction is supposed to respond to our desires. These desires are manifested by focusing on images of what we want and the universe responds by making it happen. The more powerful the image, the greater the probability of that desire becoming real. In essence, you can actually attract what you want. Whether there is some external force at work we will never know, but it can definitely be said that successful people are more positive and have greater self belief. Lucky people simply believe more in a positive outcome. Unlucky people focus more on what they don’t want to happen and hence that is what they attract.

How To Be Lucky In Golf

We need to change our mental attitude and start believing in positive visualizations, even if we have to trick ourselves into it. Think about Tiger holing that putt in the US Open last year to force a playoff with Rocco Mediate. Was he ever going to miss that putt? He was in the last group of a 72 hole tournament – that ball had to go through a lot of footprints as we could see on the replay. But the fact is Tiger seems to be able to “will” the ball into the hole. How many miracle shots has he played to close out championships? There are plenty. This is all down to his self belief and positive visualization.

Stop focusing on other people’s luck and start creating your own. Positive visualization plays such an important role in golf (and life) and will determine how lucky you are. Seeing the ball do exactly what we want it to do in our minds, gives us a much greater chance of executing that exact shot. Start to incorporate positive visualization into your pre shot routine and see how much “luckier” you get. There’ll be talking about you in the clubhouse!

The Masters And The Concept Of Acceptance

While watching the Golf Channel I saw an interview with Greg Norman.  He spoke eloquently… 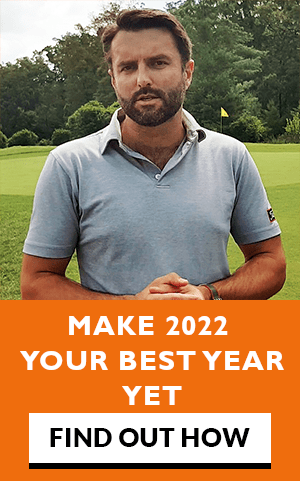