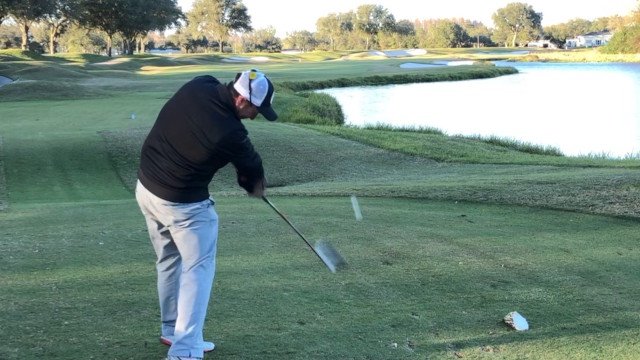 Why is it that on some days you get to the course and the game seems easy, while on other days it’s a completely different story?

Have your technical skills changed between those rounds? Probably not.

The difference is how well you are able to connect with, and access, your best technical skills without interference.

When you’re playing your best golf, you’re in what’s called your “Optimal Performance State” – that is, you have your optimal physical intensity, mental focus and emotional balance.

In this article, I’d like to show you how you can use your mental tools to shift yourself towards your Optimal Performance State for golf during every round to maximize your chances of a good score.

If you’re in your non-optimal performance state, it’s probably due to one or more of these factors:

Being overly concerned about the result

The more you focus on the outcomes you desire (or fear the outcomes you want to avoid) the more pressure and restricted you will feel. When you hit the golf course with an expected or desired outcome in mind, you will play in a constant state of judgment of your play in relation to that goal, which adds pressure to every shot.

If ever you feel entitled to play well, you will expect perfection, which just isn’t possible. When the inevitable mistakes happen, you find it difficult to handle. The bottom line is that the game owes you nothing, no matter how well you played in your last round or how well you’ve been practicing.

Poor Ability to deal with and recover from mistakes

Following on from the bad attitude, when you’re in your Non Optimal Performance State you will also have trouble accepting mistakes. How quickly you can recover from mistakes separates successful golfers from unsuccessful ones. Great golfers hit plenty of bad shots, but they are unfazed by them as they believe they can recover.

In your non-optimal performance state, there’s usually lots of mental chatter – the mind is agitated making it a struggle to focus and connect with your process when you need to. On the other hand, when a player is “in the zone”, the mind is quiet and free from thought which makes focusing easy. There’s a heightened senses of awareness and a sharpness to our focus.

In your Non Optimal Performance State and a round starts to go south, there’s a feeling that you won’t be able to recover. I.e. more pessimism and less optimism. The best players in the world have plenty of optimism. They believe that things will turn around and they will figure it out, instead of thinking that more trouble is ahead.

Many of those factors above will lead to (or be caused by) performance anxiety. When there’s high performance anxiety, your muscles are tight, breathing is shallow and your cognitive ability is limited, making both physical and mental actions more difficult.

It’s on days like this that you need to take a look into your “mental game tool-box” and make some changes.

Your mental game tool-box is your link between how you are playing and feeling during any round and your “Optimal Performance State”.

All the players I work with have a mental game tool-box, which are essentially mental game techniques that can improve mental, emotional and physical behaviors during a round.

You are In Control Of Your Behavior

Whatever your behaviors were during those rounds, you need to be aware of them and make use of your mental game tool-box to repeat them. Some examples of your mental tools (I have plenty in the Ultimate Mental Game Training System) are:

Clear visualization
Fully committed
Awareness of your senses in between shots

The idea is that you build enough self-awareness to know what you are focusing on, what your behaviors are and how you are feeling, and then, how to change it. By doing this, you will have the power to move away from those negative, limiting behaviors and towards the OPS. It’s not going to guarantee a great round, but you’re much more likely to succeed in your Optimal Performance State for golf than in your Non-Optimal Performance State. Next time you play well, write some notes in your “performance journal” which can give you some further keys to accessing your OPS in the future.

Remember that there’s no such thing as “consistency” in the game of golf, which so many golfers strive for. The game by nature is very inconsistent and unpredictable. Once you accept that you are not in complete control of the results and the outcome of each shot, but that you are in control of your performance state, you can remain as consistent as possible inside and make a great performance more possible.

A great to way to hold yourself accountable to doing the things that are going to shift you towards your Optimal Performance State for golf, is to use my “Mental Game Scorecard” which you can download below.

How to End a Slump in Golf

Yani Tseng, the number one female golfer in the world, is in the middle of…