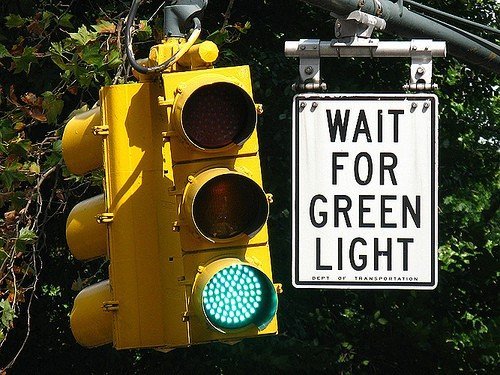 Your pre-shot routine is crucial in hitting the shot as best you can.

You want to keep positive momentum right up to your take-away. You don’t want to start having doubt over the ball or any technical thoughts. A swing or pre-shot routine trigger makes sure there’s no time for any negativity and tells you that you’re READY to give the shot one of your best swings.

Here are some of the “go triggers” used by the world’s best players. There is no correct pre-shot routine trigger – – some of us are more visual, some more kinesthetic (movement), some more verbal and some auditory (hearing). Here are a few ideas for you to try and see what works best for you.

A waggle can set the tempo in your golf swing and can work to give you a running start instead of starting from a static position. Watch the tour players at the weekend and many of them will waggle the club during their pre-shot routine. This is not for show, it’s telling themselves they’re in ready mode, sets the tempo of the swing and eases tension in their hands. You could try to make the number of waggles the same every time, so every shot feels the same no matter what the situation.

A lot of players have a unique body movement which initiates the back-swing.

Some players make breathing their pre-shot routine trigger by taking a set number of deep breaths while looking at the target.

Verbal Triggers during the pre-shot routine

You might want to start your back-swing with a verbal trigger. This means you say something to yourself that gives you the feeling of confidence.

Jerry Kelly says to himself “I am 13” before every shot – his old Hockey jersey number.

Pick your own special word.

You probably heard about Louis Oosthuizen and the “Red Dot”. This is exactly what the Red Dot was – a “go trigger”. It was somewhere to focus his mind shortly before swinging that told him he’s done everything he can to hit the shot well, and just let it go.

Another idea is to read the brand name on your golf ball. If you’re playing Titleist, you could spell the letters out and go on a specific letter. E.g. T-I-T-L and go on “L”. This can occupy your conscious mind, so it doesn’t wander onto anything negative.

Give some of these a go during your pre-shot routine and find what works for you. The important thing here is to keep your mind focused on the process of hitting good shots (right up to the back-swing), not the results.

Let me know how it goes with a comment below!

The Curious Story of the Little Red Dot

I have just spent a week in Manchester with Karl Morris, and very interesting it…

Where is my target?

Do you have a clear target in mind before EVERY shot?