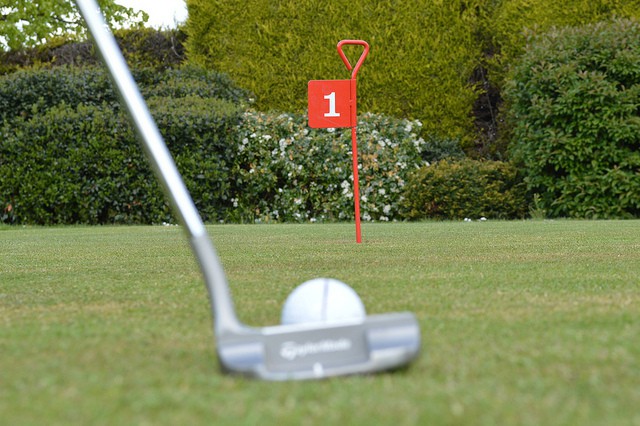 The techniques I’m about to share with you are part of an approach to overcoming fear and building confidence called Neuro Linguistic Programming, which can be a powerful mental tool to help your golf game, such as giving you more confidence for putting.

The concept here is that you associate or “anchor” feelings and emotions with a sensory action (sight, touch, sound or verbal) and then performing that same action can evoke that same feeling in any situation. A classic example for you to understand the concept would be Pavlov’s experiments with dogs. Pavlov sounded a bell as the dogs were given food and the dogs salivated when they saw the food. After some pairings of the bell and the food, the bell (or sound) alone elicited salivation. Something physiological happened within the dog as a result of hearing the sound of the bell.

Putting is typically where as golfers we feel the most pressure. The closer we get to the hole, the higher the expectation we have of ourselves to make a putt and the nearer we get (or don’t get) to the scores that so many of us are chasing. Having a few tricks up your sleeve to take you away from expectation and thinking about the consequences, will give you more confidence for putting. NLP for golf is a powerful way to restore the balance and have you putting to your natural ability. Give these techniques a try. We’re all different in how we respond to stimuli, so at this point I’d like you to try the 4 below and see what works for you. It could be that more than one works, so you can use a combination.

When you’re on the practice ground holing putts from 4-5 ft, focus on the sound the ball makes when it drops into the cup. Doesn’t it sound good?

That is the sound of success, that if we can “hear” before every putt, we’ll evoke that feeling of success and increase our confidence of making it. During your pre-shot routine before each putt on the course, imagine hearing that sound, which should give you that same feeling as holing a putt on the practice green. i.e. when you’re making your practice strokes and imagining the line (if that’s what you do), actually hear the sound of the ball dropping in. Notice how it makes you feel, which if you react to auditory stimuli, should be increased confidence over a putt.

Before every shot I visualize my best ever shot with whatever club I have in my hand. – Fred Couples

When you’re practicing, imagine the ball tracking to the hole (if this is how you approach green reading) and give that line a color. See if one color gives you more confidence than others and if it does, include that visualization in your pre-shot routine before every putt.

Touch is the fourth way to anchor an emotional state. Again, when you’re practicing and you make a putt, touch yourself in a way that you can replicate on the course before a shot. This could be tapping your leg or clicking your fingers. Now introduce that touch into your pre-shot routine and see if it recreates that same feeling.

Photo by Get Down In Two 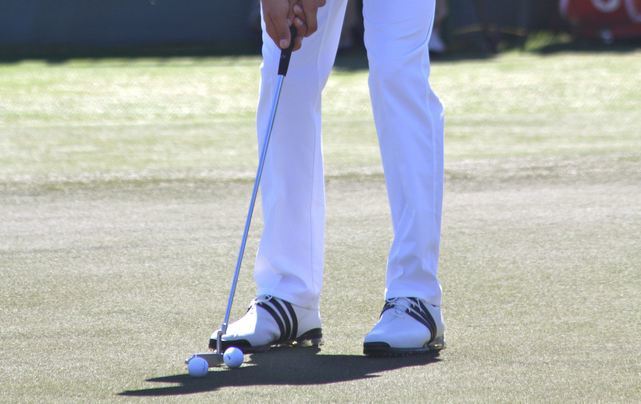 One of the Best Putting Drills For Increasing Feel

The Art of Putting: A Pure Mental Game

I've called this article "The Art of Putting", because if you want to get better… 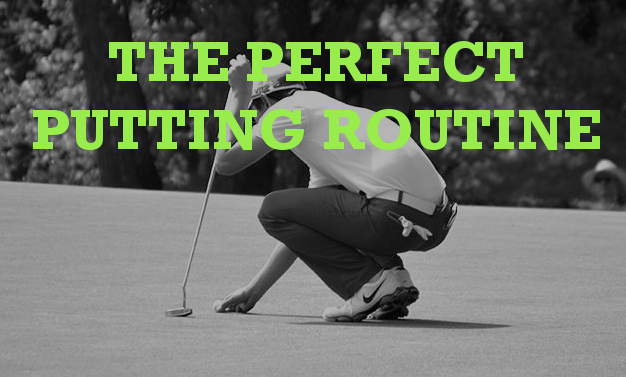