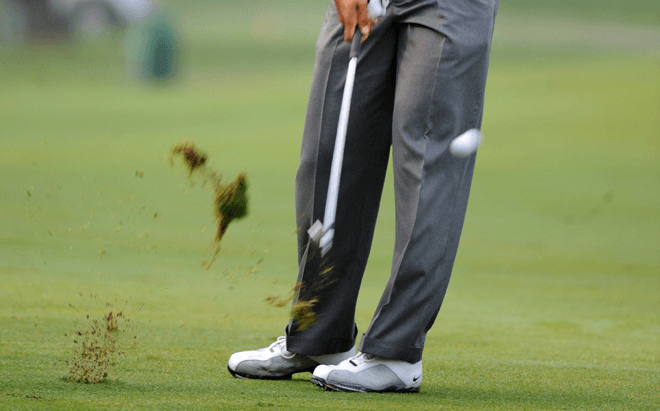 Having worked in golf coaching for over 15 years, there’s no doubt that we’ve seen a big shift towards swing analysis and swing mechanics over recent years. 3D video analysis and launch monitors mean we can find out everything about our swings from every angle and position of the club during the swing. The average player has more mechanical thoughts and theories than at any other time in golfing history.

For me, there is a huge imbalance between technical swing analysis and proper golf coaching. Swing analysis on its own makes the game more complicated and takes a player further away from the path to their best. Fixation on swing mechanics is the major reason that we’ve not seen any advancement in average scores since the 1970s. In the Golf State of Mind Coaching, we build strong fundamentals and work on basic swing instruction before developing a player’s visualization, feel and muscle memory. What this produces is a free flowing swing without conscious control or “swing thoughts” which is far more effective than a swing based on mechanics and technical instruction.

Just the other night while giving a playing lesson I asked a student what type of shot he was going to hit on a par 3. He told me he was planning to hit a high draw which would involve taking the club back with the club-face slightly closed and keeping his hands high at the top of the back-swing…I interjected immediately and told him that I didn’t care about the physics behind the shot he was going to hit, but instead I want him to visualize it in great detail and feel that shot before swinging.

Think about it this way…

How does a PGA Tour pro shoot 68 one round and 82 the next on the same course? Just last weekend at The Deutsche Bank we saw Patrick Reed shoot consecutive rounds of 68, 68, 82. Are these extra 14 shots due do a sudden change in a Reed’s mechanics? I don’t think so.

How can a player hit the ball perfectly during their warm up and then play like a beginner on the first hole?

Why does a Tour player play great for several seasons in a row (like Luke Donald) and then suddenly hit a slump and fall way down the rankings? Swing mechanics? Not likely. Thoughts and doubts about swing mechanics? Yes.

When you were playing your best, were you thinking about your swing mechanics?

Sure, there could be things going on outside the game that cause a player to lose focus on the course, but we see this pattern often even within a few days of a tournament. The difference is clearly to do with how the player plays the mental game during any given round.

When a player is scoring well, the swing is free flowing and natural. When they are not, there is a block between the motion control (the mind) and the body, causing those bad shots. I’ll explain exactly what happens later.

But let me rewind a little…

I don’t want you to get the wrong idea about my teaching. I’m not saying that it’s solely the mind that determines how good a player becomes. Without proper fundamentals and basic swing instruction from a PGA Pro, you won’t get to a level of playing the physical game that will allow you to reach the “sensory stage” of your development as a player. But this physical game learning doesn’t take long and certainly doesn’t require 3-D video analysis and launch monitors.

What is the sensory phase of learning?

Once you have strong swing fundamentals and a basic knowledge of the swing, you need to ingrain golf shots in your muscle memory. This requires purposeful practice.

So… next time you’re practicing, instead of getting the video camera out and working on building the perfect swing, I want you to trust the swing you have and try to hit different golf shots. Become aware of the feeling of each of them. Once you can start to get these shots into your muscle memory (the stuff that’s stored in a part of your brain called “the cerebellum” like riding a bike, tying your shoes, driving a car, all the things you don’t have to think about doing), you should be able to recall them at on demand, IF (and yes, that’s a big “IF”) there is no interference from your conscious mind. Once you have a full repertoire of shots in your muscle memory, the quality of your golf becomes a factor of how well you can access it without interference.

The kind of swing you get when you’re motion is working purely from your muscle memory is completely fluid and free of mechanical thought. It’s the same motion you get when you’re playing your best. And you can hit great golf shots, even when your swing mechanics aren’t “perfect”.

Should you be conscious of your movement during your swing?

On the golf course, the answer is a resounding “NO”. Your mind needs to be quiet so you can access your muscle memory and feel of the golf shot you are visualizing. There’s more on how to practice so you develop your visualization and feel for shots in the Golf State of Mind Training Program.

I’m not questioning that golf is about physical motion and it’s the mind that operates this motion. But this motion needs to originate from memory or “the subconscious”. When a golfer is in “The Zone” they are accessing this memory without the interference of doubt or swing thoughts. If you’re thinking about your swing while swinging, you’re telling yourself you don’t trust it. The swing cannot be broken up into separate physical actions from swing thoughts – it’s one whole motion.

The bottom line is that golf has become way too technical and it makes it harder to trust what you have. And it’s trust in your swing that is going to produce good golf shots. The problem is not your swing, but how you access your muscle memory and feel. Your best golf is about a free flowing swing, not angles and lines drawn on screens.

Make it your goal to practice effectively and maintain good fundamentals. Ingrain the feeling of a complete variety of golf shots in your muscle memory and gain access to it during every shot.

If you’d like to learn more about the GSOM Teaching program and how to play with your senses, sign up for my free series of lessons. 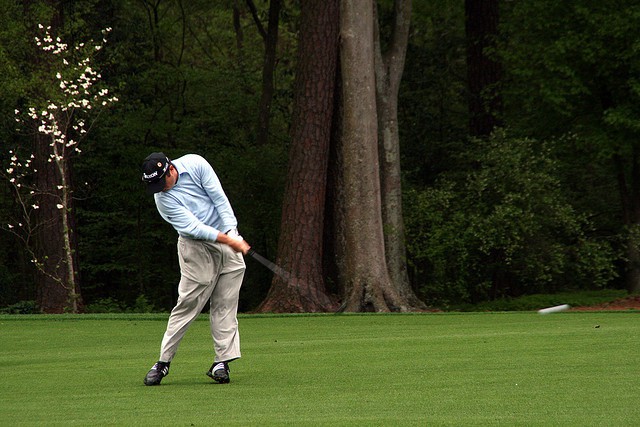 What is The Best Swing Thought?

"You turn off your mind. You feel your golf swing without really thinking about it.… 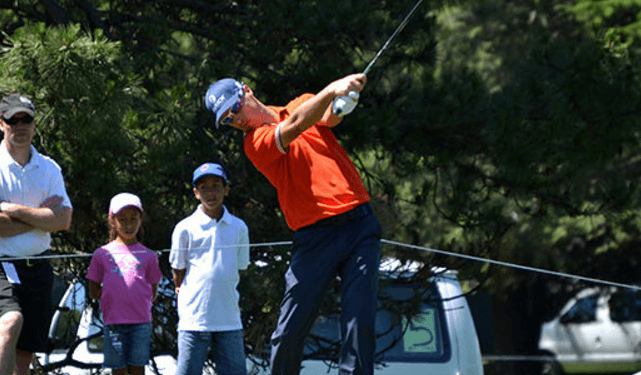 The "unspoken" fundamental that all golfers should be aware of is TEMPO. In this article,… 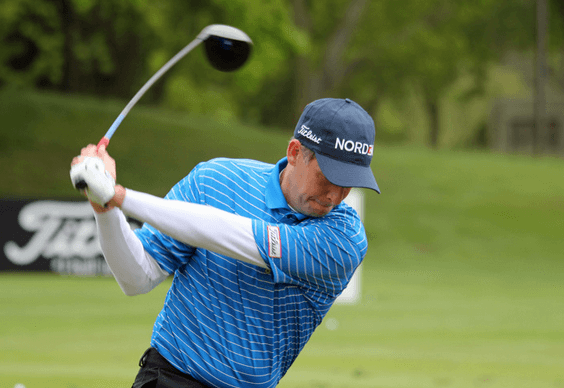 How To Take Your Range Game To The Golf Course (yes, really)

One major difference between good and inconsistent performance among golfers is brain activity. Studies have…