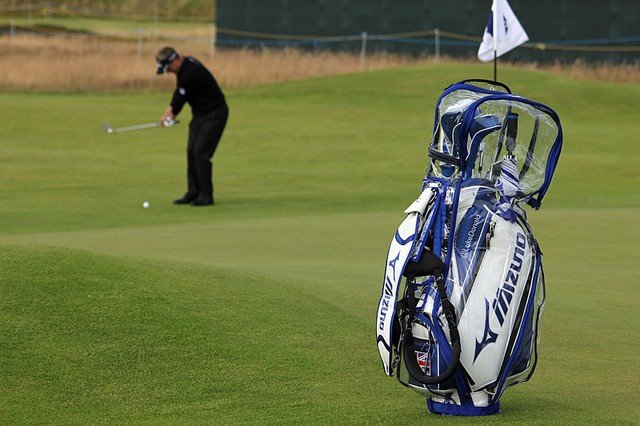 The guys over at Game Golf, have a huge amount of data from hundreds of thousands of rounds and they sent me a breakdown of average score by performance in the different areas of the game.

What it shows is:

That equates to at least 6 shots lost per round! So if a 12 handicapper had a scratch player’s short game, they’d be a 6 handicap.

But if the short game is the area where the average golfer can make the most improvements, why is it that most golfers spend most of their time on the range, trying to improve the accuracy of their irons and drivers?

Most amateurs could easily narrow the gap between themselves and scratch golfers by:

In this article, I’ll explain how you can do it.

Technical aspects of the Short Game

What are the more important technical aspects of the short game?

To develop a highly functional short game, you’ll need to become proficient in the following:

If you’re not making consistent contact with the center of the club-face, it’s going to be very challenging for you to start lowering your short game handicap. In studies that have been done on the optimal angle of attack in the short game, it’s better when it’s more shallow and the club brushes the turf, it doesn’t cut it. Most amateurs have too steep an angle of attack to make good clean contact with the center of the face.

Being able to match trajectory with your landing spot (so you know how much roll there is on a shot) is a really important factor in a great short game. It’s important to experiment with ball position, loft and whether the angle of the club-face is square or more open.

Distance control is more important than direction. With a wedge in your hand from around the green, there’s not going to be that much right/left dispersion. If we can get the distance control right, we won’t have many putts longer than 3-4ft. But this requires deliberate short game practice.

When I give lessons or play with Tour players, their shot selection around the greens is always spot on. Most weekend golfers however, need a lot of work on their “Golf IQ”, that is, picking the right shot to hit. Most weekend golfers take a steep swing at the ball with a lofted club instead of a nice shallow swing with a less lofted club for shots within 25 yards. Choosing the right shot doesn’t require any skill development, it’s just about gaining knowledge.

What is that you need to focus on during your “pre shot routine” to maximize your chances of success? Tour players won’t hit a shot unless they are 100% committed to it. There’s no doubt.

The first thing to do is choose your desired landing spot and trajectory (there are several factors which can determine this such as your lie and how much green you have to work with). How many shots have you hit around the green, where you didn’t have a planned trajectory and landing spot? Once you’ve done this, it’s less about thinking and more about seeing and feeling.

For most of your long game shots, you’ll be taking a full swing. In the short game, it’s all about touch. Unless you have a visual of what the shot looks like and a feeling associated with it, your subconscious mind (which is ultimately playing the shot) won’t know what to do to hit it the required distance.

Keeping your mind quiet by holding your focus on the visual and feel (during the final phase of the routine) will also help you keep negative thoughts and doubt out of your mind before you pull the trigger.

3. Playing games and putting your short game under pressure during short game practice

This achieves the following:

If you’re interested in some of the exercises that can help you put together a more effective practice routine to narrow the gap between you and a Tour player, check out my practice system which you can get in the Ultimate Mental Game Training Package.

Most of us practice in a convenient and comfortable way. We hit it well on…

Before you hit any more golf balls, think about how you practice

"Unconscious Golf" is the new buzz word, replacing "The Zone" in golf to describe optimal…

How To Make the Hole Look Bigger