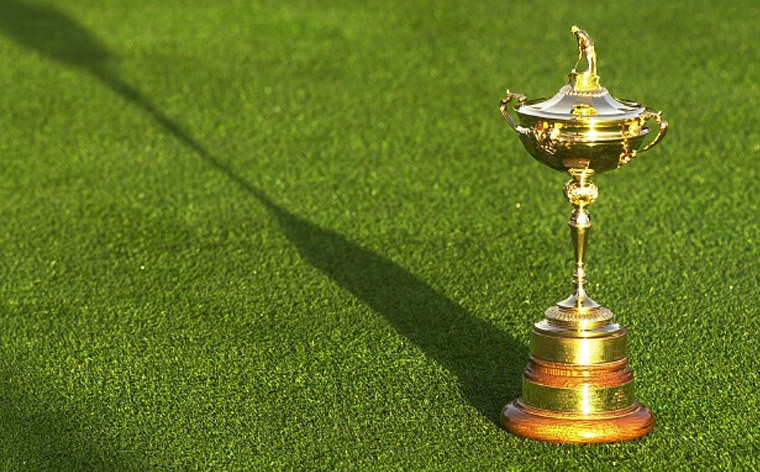 Dr. Glen Albaugh is a leading sports psychologist and the author of “Winning the Battle Within”

“Why we love Closers”
Heroes are the ones who win the day, and everybody loves a hero. But there’s a special breed of hero we admire the most: the Closer.

Closers are the athletes who love the action when everything is on the line – when winning and losing hang in the balance. They are the guys (and gals) we trust to get the job done when it’s most challenging, because even if they don’t win, the one thing we can count on is that we know they will give it everything they’ve got.

And even though we tend to think of closers as the best athletes, that’s not always the case. One thing I’ve learned after working with athletes of all abilities for more than 35 years, is that there’s a closer inside all of us. Every athlete I’ve ever known is capable of being that special breed of hero: the closer. That’s because being a closer is more about mindset than it is about physical gifts.

Let me explain why, and give you a few ideas how you can tap in to the closer inside you the next time you face a clutch-situation.

Lee Jenkins wrote a fascinating piece on closers (Sports Illustrated, July 25, 2012) and their mindset, and his interviews with top-athletes match my experience. The closers are athletes who look forward to the chance to take the last shot, the last putt, or the last pitch. It’s not about the winning, they said. It’s about loving the moment. About being there. About embracing the challenge. Fear of failure wasn’t part of the equation. That moment – the one we think of as crunch-time – was an opportunity to play their games on the biggest stage, to enjoy every single minute of the experience.

Sure, we all want to win, and it’s great fun when we do. But it is not at the heart of the closer’s thinking. What’s at their heart is grabbing hold of that moment.

To examine Jenkins’ closer principle further, and learn how it can apply to your game, let’s take an up-close look at the pressure-cooker laboratory at the 2012 Ryder Cup matches.

The Pressure Mounts
It’s history now, but that Sunday, with most analysts expecting an early end to the Cup challenge and an American victory, the Europeans staged their version of the American’s 1999-miracle finish at Brookline.

Did the Americans wilt in face of increasing pressure? Or was it the Europeans who simply embraced the moment, and closed-the-deal, fueled by the memory of Seve Ballesteros?

Exceptional Play
The best tournaments and the best Ryder cups are won and not lost. This was not a Ryder Cup to imagine failures, but to celebrate exceptional play.

It was a Ryder Cup to watch the world’s greatest players embrace the moments of golf’s most pressurized competition. Graeme McDowell said, when he looked over the rosters (all 24 were in the top 35 in the world), “I think it’s set up to be an awesome Ryder Cup.” And with remarkable play – closers everywhere – indeed it was.

Responding To the Fear of Failure
We’ve all experienced moments when pressure mounts as it did for the players at Medinah. Normally, we feel ‘pressure’ when we start imagining what might happen if we don’t achieve the outcome we desire or that we expect. “What if I don’t win?”… “What will the press say?”… “I don’t want to let my teammates down?”… “What will people think?”…

When our mind starts to imagine what might happen, our imagination summons an image of a failure that we don’t want. Upon that image pressure is intuitively born. Some pundits wrote that the Americans gave-in to the pressure and that the Europeans rose above it.

But, I think not! This was a tournament for closers.

The Closers at Medinah
There were closers everywhere. It was Justin Rose as he lined up that 35 footer on 17 and said; “This is the moment. Win lose or draw, your Ryder Cup comes down to this putt.”

It was about Phil Mickelson, who had just narrowly missed a difficult chip, and was the first to give thumbs up to Rose as he rolled in his putt.

And it was about Tiger Woods (who played brilliantly each day.) saying, “Congratulations to the European team. They played fantastic today and they deserve the cup.” (Golf World)

And then, at the closing ceremonies, the long faces of some American players were upstaged when Davis Love got it right, saying “We had a lot of guys today who played well and just got beat.” Some incredible shots and some matches got flipped at the end on long putts and great saves by the other team, I have to congratulate them on the way they played. They played great.” (Golf World, October, 8).

Seizing the Moment – How To Become A Closer
The next time you play there will come a moment when you’ve got something on the line, like the Ryder Cup players did. You’ll feel the pressure closing in. You’ll feel the butterflies in your stomach and your heart in your throat. Will you make the shot? Can you pull it off?

The key lesson I’d like you to take away is that what you think, and say to yourself in that moment, can make all the difference.

If you imagine failure, you’ll make that pressure real, and you’ll have no chance.
Here’s what I want you to do instead:

Embrace the moment.
Yes, you’re hands may sweat and you may feel butterflies doing a triple-step. But recognize that in that moment, with all your senses heightened, you are alive in a way you can be in no other situation.

Seize that moment, and say to yourself”Wow! Here I am again right in the thick of things with a chance to win the day. I’m not sure if I’ll win or not, but this is why I’m here. For this moment. For this chance. I love this feeling.”

Dr. Albaugh’s book, “Winning the Battle Within,” begins a wonderful journey into the mysteries of the inner game that will help you play better golf and have more fun doing it.

has created a unique Applied Sport Psychology Consulting Service for a wide range of professional and amateur golfers. Glen taught sports psychology at the University of the Pacific in Stockton, California for 28 years where he coached the Pacific Tigers golf team. It was during this time, while working with the finest sports psychologists, coaches and golf instructors in the world, that he formulated the basis for the principles in his renowned book, which was authored with Michael Bowker, Winning the Battle Within. These principles have been refined over the years through applications and consultations with established touring pros, and a broad-base of amateurs – juniors to elite. By establishing structure in pre, post and in-between shot routines, Glen gives golfers the ability to apply his most profound insight “the perfect swing is the one you trust”. In Winning the Battle Within - the book and workshop/consultations – Glen features quality practice describing drills that will enhance learning and improve performance. Glen also takes you on a journey into the inner game where he tells you about the “zone;” what it is, how to get there, and how to stay there.
Related Posts

Click "listen in browser" to listen to the audio: David MacKenzie · 5 Mental Mistakes…

Most golfers lose too many shots each round, not because their technical skills desert them,…