While watching the Golf Channel I saw an interview with Greg Norman.  He spoke eloquently and honestly about the status of his game.  He talked about his feelings of “having been away from the game for three years” and he simply needs to “accept the score and move on”.  Some golfers may feel that Greg Norman’s philosophy towards his game comes across as being apathetic.  I think exactly the opposite.

Having worked with professional and amateur golfers for many, many years I guarantee you that your mental approach to the game is a point of differentiation between average and great players.

The Sports Psychologist
A friend of mine is a sports psychologist from Arizona State University.  For his master’s thesis he sat off the eighteenth green for two weeks and asked each golfer one question as they walked off the green.

“How was your round?”  His findings are fascinating and provide insight into the mind of the amateur golfer.  The younger the golfer, the more joyous the response to their round.   “I hit my ball into a cactus or my buddy fell backwards into a bunker or I hit the heck out of my seven iron”, typically describing a joyous experience, not having to do with the score.

The older the golfer and the lower the handicap, the more negative the response.
“I can’t believe I missed par by one AGAIN, I stink at this game, I need a new putter”.
Does this resonate with you?  Do you react to adversity by creating more negative self talk or do you accept the score and move on?

Incorporating The Concept Of Acceptance
One thing I notice on the golf course is that the frustrated golfers walk the fairway between shots with their heads down, usually talking to themselves and breathing short, shallow breaths.

Next time you feel frustrated use the opportunity between shots to regroup and shift your thinking from aggravation to acceptance and then to the new opportunity, the next shot.  Lift your head as walk down the fairway, take in the beauty of the course, breathe deeply, focusing on relieving tension from your body and mind.

Once you stand over your next shot, visualize the exact desired outcome.  Be specific. Visualize the trajectory of the ball, exactly where you want it to land and how you want the ball to roll and finally stop. Visualization for golf is an absolute must in your pre shot routine. Take one more long cleansing breath before you begin your takeaway. Focus on the tension leaving your hands, wrist and forearms.

Stuart Cink once said that he is not defined by his score.  He went on to become the number one putter on tour that year. It is hard to argue with that level of success!

Katherine Roberts is Founder and President of Katherine Roberts Yoga for Golfers and the Roberts Flex-Fit Method. Roberts’ unique approach to golf conditioning is a hybrid of western biomechanical research and eastern mind/body conditioning for performance, and her work has been profiled by USA TODAY, The NY and LA Times, Golf Magazine, Golf for Women, Golf Week and US Airways Magazine. As a fitness expert and a regular contributor for The Golf Channel, she has appeared on The Turn, The Big Break, Your Game Night, How Low Can you Go and Game ON! Katherine’s new golf fitness series Swing Fault Solutions continues to air in The Golf Channel's international markets.
Related Posts 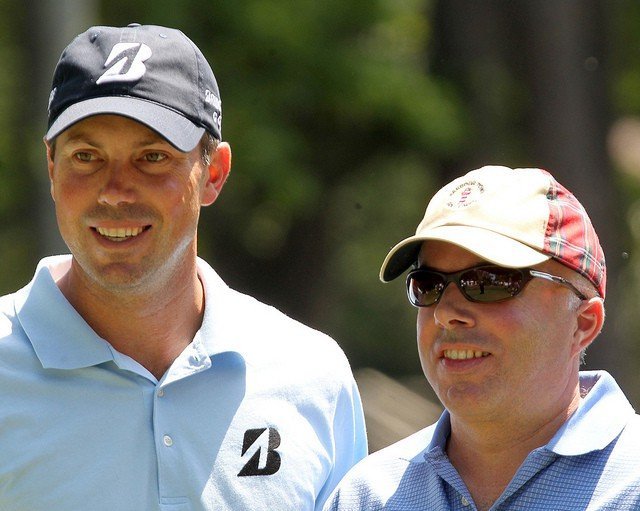 Successful people are more happy, right? But is it success that leads to happiness or… 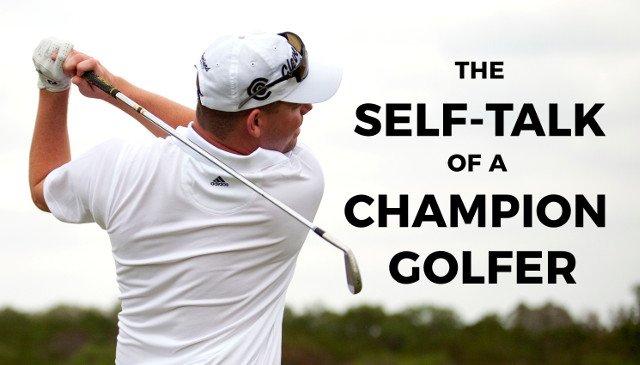 The Self Talk Of A Champion Golfer

We all experience negative thoughts and plenty of emotions on the golf course, but champions…