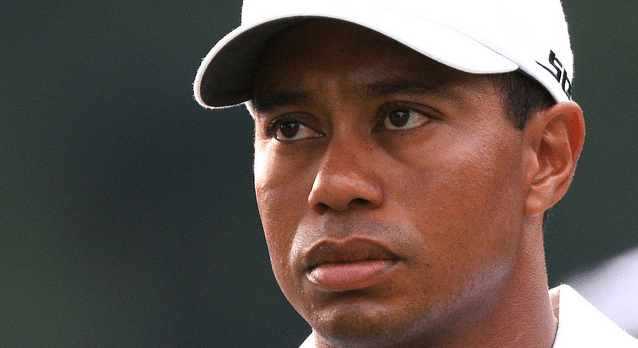 Tiger’s win at The Masters in 2019 was undoubtedly the greatest sporting comeback EVER and one of the most historic sporting events ever witnessed. Once again, Tiger Woods’ Mental Game Power wore the leading pack down, and seeing his name at the top of the leaderboard, must have been (although none will admit it) as intimidating as ever.

From admitting a couple of years before that it was unlikely that he would ever compete in golf again, the chipping yips, personal issues, and most golf critics saying that he should just retire and save face, to becoming a major champion again at the age of 43, is just incredible. For us amateur golfers, there is so much to be learned from and be inspired by this.

Tiger is an unbelievable athlete, but it’s his mental toughness that has made him the most successful player of all time. Although today’s fields are a lot younger and stronger than he is, he’s still way ahead of them mentally. Here are my takeaways from yesterday and some ways that you can train yourself to develop the Tiger Woods Mental Game:

How To Develop The Tiger Woods Mental Game:

After surprising everyone with his victory at The Tour Championship last year, this green jacket proves just how determined Tiger is to achieve even more goals in the game, despite all the struggles he’s had and all the voices telling him to give up. After his Tour Championship win, he mentioned how special it was for his kids to be able to see him winning a tournament (they would have been too young before) and my hunch is that this was as big a driving force as adding another major to his collection. Kyle Porter of CBS said:

“Lifetimes have been lived in the time between his first Masters win and his latest. Tiger’s father never got to meet Tiger’s kids; now they are joined by two iconic moments in one timeless place.”

When you are struggling with your game, remember that you have the power to change the story, and not let the recent past determine the future. Keep persevering like Tiger did! Keep your dreams firmly in your mind and believe in yourself to achieve them. Imagine everything you want to achieve as part of a daily ritual – this will fuel your drive and shape your behaviors, and help you live into those images.

Even though I still can’t believe it actually happened, looking back at the round it seemed almost inevitable that Tiger was going to win. But doing so must have required huge amounts of patience and discipline to see it out. 3 time Masters Champion, Nick Faldo repeatedly said during the commentary that Tiger would need to “run it like a marathon and kick late”, and he was exactly right.

Tiger has come so far from his lowest point, that without patience he could have easily let his emotions get the better of him. This Masters showed us a much more stoic Tiger than we’ve seen in the past. He rarely allowed himself to react, even though inside he was probably feeling the full range of human emotions that are felt when playing in a major, let alone one to complete such a miracle comeback. He kept playing his game, stayed patient and let the outcome take care of itself. He never stopped believing he could win, but wasn’t going to allow thoughts of winning affect his calm demeanor and allow tension to creep into his game – a great lesson from the Tiger Woods Mental Game.

Stick to A Smart Course strategy

Tiger led the field in Strokes Gained from approach shots this week, a stat that is key for Masters success (in the past 5 years, the player to do this has won 3 times and finished 2nd and 3rd). He played “conservative-aggressive golf”, rarely going at pins, but instead, he made aggressive swings at conservative (smart) targets on the greens – which paid off while the other contenders seemed to chase it a little too hard.

Learn How To Thrive Under Pressure!

From what we’ve heard from Tiger in his post-tournament interviews, that win was probably the biggest of his career. In other words, the pressure would have been immense in that final round. But one thing that Tiger can clearly do is handle adversity and pressure. As I was watching Tiger come down the 18th (after his first 2 shots), I started to fear the worst and I could feel my heart rate increase while watching his 3rd shot (which landed safely on the green). Clearly Tiger has learned how to deal with pressure in golf over a long and successful career, but that doesn’t mean that he wouldn’t have felt it on those closing holes. Tiger doesn’t give much of his mental game secrets away, but I do know that his positive self-talk is key in pressure moments. He would have been saying the right things to himself to keep himself calm and in the moment (focused on the shot in front of him) and not getting ahead of himself until the job is done.

Tiger sprayed his driver several times during the tournament, but always seemed to find his way out of trouble. He didn’t start panicking or changing his swing thoughts, he remained calm and accepted that it’s part of the game (all the contenders were missing fairways and greens). There was very little reaction from Tiger when he hit those shots in the trouble spots – he stayed calm and in the present and ready to hit the next shot as best he could.

Relentless focus is something all the great champions have. They can stay focused on the task at hand, while others can get distracted by the future outcome (the “what ifs”) and overcome with performance anxiety. A lot has been said of how Tiger’s father, Earl Woods (US Special Forces in the Vietnam War) trained Tiger to be the most mentally tough athlete, by trying to throw him off and distract him while practicing. Practicing single point focus is something that can help you or your students games. Among other things, Meditation is a great way to do this. I also believe that is wasn’t a coincidence that we saw the likes of Tiger and Phil chewing gum throughout the Masters – which can release tension in the jaw and stimulate the prefrontal cortex (helping focus).

Tiger’s win was not only great for the game of golf, but it was a great story of human perseverance. It’s also great that Tiger’s career will now (most likely) end on a high note, instead of the lows of 5 years ago.

Two English players have set the pace at this year's Masters. Both are seeking their…

How Did Tiger Hit That Memorial Flop Shot???

When Jack Nicklaus describes a shot as "The most unbelievable, gutsy shot I've ever seen,",…