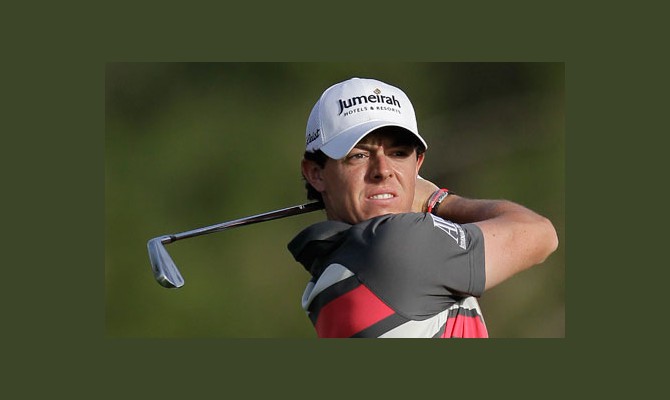 2012 has been a memorable year in golf for so many reasons. The epic comeback from Europe at the Ryder Cup which saw them win from a seemingly impossible position on the Sunday, two new players entering the winners’ circle for major tournaments and the resurgence of old favorites such as Ernie Els all made for great viewing. However, the past year really belongs to one man: Rory McIlroy because of his extensive list of achievements.

The man now affectionately known as ‘Big Mac’ has taken a firm grip of the World No. 1 spot in the rankings, building a sizeable lead over his rivals like Luke Donald, Tiger Woods and Lee Westwood. On top of that, he won his second major title in the form of the USPGA at a canter, while he also topped the money lists for both the PGA and European Tour, something that Donald managed last year. Also, his role in Europe’s Ryder Cup triumph was pivotal.

McIlroy has also received a nomination for the BBC Sports Personality of the Year, the only non-Olympian to feature on the list. Many of his fellow professionals including Northern Irish compatriot Graeme McDowell and the flashy Ian Poulter believe he could emulate some of the greats like Tiger Woods, Jack Nicklaus and Arnold Palmer by winning yet more majors, and at just 23 years of age, he has time on his side. He has just about everything a top golfer needs to succeed – long driving, intricate iron play and clinical putting.

As for 2013, what does that have in store for the wonderkid turned wonderman? If you decide to bet on the golf with Ladbrokes.com, you can get odds of 6/4 on him retaining his Race to Dubai title, and he will be playing in some European Tour events such as the Irish Open. As for the year’s four majors, it’s unlikely he’ll win all four, but don’t bet against him adding at least one more to his trophy cabinet.

New Video: Inside the Mental Game of Tiger Woods

In golf, the mental game has been determined to be anywhere from 50-90% a factor…

After shooting a 65 in the 2nd round, he's in 4th position and it looks…

The US Open provides the toughest test of the four majors. The winning score is…