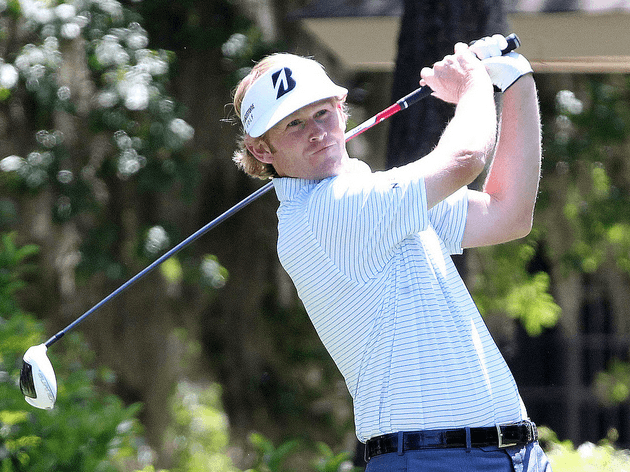 “We don’t so much conquer the golf course but ourselves.” ~ Margarit Brigham

What does this statement mean to you?

The meaning I’ve attached to it is, when we train our minds, we’ve conquered ourselves, because the mind begins to work for us, instead of working against us. I know from my experience and by watching it work for my students that The playing golf with a trained mind, becomes the practice field for life. I feel certain that every coach and student at the mental state of mind community can understand what I am saying.. We all have a powerful tool at our disposal and the happiest people are those willing to grow, learn and discover new ways to apply ancient and modern teachings to their games. With this training, confidence and certainty to overcome the doubt and fears to emerge, into a confident player. I’m here to show you that you can create great golf games!!

My base teaching came from being a golfer, working at a golf course as a bartender and taking a Yoga Teacher Training course 16 years. Today I’ll lay a foundation of the first two steps I teach to become a confident golfer. Using a story and an kinesology exercise you can try to make you a believer in the power of your words to shape your games. Let me begin with explaining it with the Yoga concept of Karma, which means cause and effect. Thoughts are the cause and the effect is what shows up in our lives or in other words our experiences. We can look at our minds like a computer, our thoughts are the data going into the computer and then we view that data on the screen. Negative thoughts can be viewed as a virus so the screen is not clear or it shuts down altogether. This same analogy can be applied to our golf game the thoughts we say to ourselves produce the experience we see on the screen of the golf course.

To grasp this concept on a deep level I’ll share a story in confidence from teaching a junior golfer private yoga for golf classes one spring and he continued with them all summer long.

He had just completed his first year at college on a golf scholarship. He had lost confidence in his ability to play. He was a good player but a bad thinker. I went through a list of the golf affirmations with him to which ones he believed and didn’t believe. The method of using affirmations was to get inside his head and finding out what he was thinking and believing and what was limiting him. I asked him which one he thought would help him the most. That was revealed by what he didn’t believe at the moment, He didn’t believe, “I recover quickly from temporary setbacks.” He said that was his biggest problem at the moment. He couldn’t recover and so he was losing faith in himself. I then asked him what he believed to be his biggest strength while playing He told me “I putt the best when under pressure.” Well, I thought, we are half way there if that is his belief. Because of the power of that statement he will be back on top of his game in no time. You see he had a great deal of confidence before he went to college, but after seeing all the good players he became intimidated and began to lose faith in himself . Now let me tell you how he began to improve by using these two affirmations. “I recover quickly from temporary set backs and I putt the best under pressure. If we think about them as autosuggestions we see it is a form of self-hypnosis. The first autosuggestion was just a flimsy thought, which is how all habits begin. He didn’t really believe it but because we did the kinesiology test (the experiment you can do below )which proved how his strong words equaled a strong performance in his body so he was willing to trust me and the results. He repeated the two affirmations over and over for 2 months. However, In a short time he began to experience that he was bouncing back easily from setbacks. Until one day he noticed a consistency in how quickly he could recover, and by the end of the summer he had faith in himself to recover and was not in fear or anxious in tournaments like he had been before. With his tension removed he began winning more. Now the interesting part of his second suggestion was that it surpassed just being a belief and became a deeper knowing within him. He knew he putted the best under pressure because he had seen the results before we even talked about it. By the end of the summer with his continuous repetition the thoughts, became a reality, and a new habit, which became like a strong, steel cable, to pull him to victory. We worked on correcting the problem of his mind, which left his body clear to do what it already knew how to do, which was, play great golf and win more.

You will need to find a willing participant to do this easy, fun and very powerful experiment with. The person doesn’t have to be a golfer and you can do it without a club in your hand. I am just outlining the steps the way I teach it:

1) Hold out your strongest arm straight in front of you at shoulder height, and your other hand could be holding a golf club or down at your side.

2) You will say out loud 5 times “I hate this club”, shake out your arm and say another 5 times “I play weak with this club”.

3) Your partner simultaneously places their hand on top of your outstretched arm and tries to push your arm down with one hand, while you are saying your statements aloud.You will resist this pressure as if you had your hand against a wall 5. After this is said both statements for a total of 10 times, shake out your arm, and hold it up again,

5) Just for good measure one last time say out loud 5 times “ I play weak with this club”.

6) Then you can change partners.

You have just been introduced to your sub-conscious mind, and you can see for yourself the truth that it doesn’t judge, it just reacts to what you tell it to do. Whatever you do, think or say comes back to you just like a boomerang; there is no good or bad, no judgment, it just is.

What words are you saying about yourself, game or equipment??

is a creative Yoga teacher who began YogaforGolf in 1997 and GoddessYoga in 1999. She now combines the two in her new book, "How to become a Golf Goddess." Margarit can also be found on blog talk radio's Enlightened Golfer.
Related Posts

What a finish it was in yesterday’s Northern Trust Open at Riviera. Congrats to Bubba…

How do we learn the optimal golf state of mind?

Learning how to practice the inner game of golf is the key to getting better.…